Find out about Wernicke–Korsakoff syndrome, a condition caused by drinking too much alcohol, including information on symptoms, diagnosis and treatment.

What is Wernicke–Korsakoff syndrome?

Wernicke–Korsakoff syndrome is a condition that is similar to dementia and is caused by drinking too much alcohol.

Very rarely, Wernicke–Korsakoff syndrome can be caused by factors other than alcohol. The majority of cases are caused by alcohol, and alcohol-related ‘dementia’ is the focus of this information.

In Wernicke–Korsakoff syndrome the damage to the brain is caused in a very specific way. Alcohol prevents the body from getting enough thiamine (vitamin B1), which is vital for brain cells to work  properly. This lack of vitamin B1 can have severe and long-lasting effects on the brain.

Wernicke–Korsakoff syndrome has two separate stages. First there will be a brief time when a person has intense inflammation (swelling) of their brain. This is known as ‘Wernicke’s encephalopathy’. If this condition isn’t treated quickly, the person may develop a more long-term condition called ‘Korsakoff’s syndrome’. This has many of the same symptoms of dementia.

About a quarter of the people affected by Wernicke–Korsakoff syndrome who get treatment make a good recovery. About half make a partial recovery and still need support to manage their lives. About a quarter of people with the condition make no recovery and may need long-term care  in a specialist residential care home.

What is Wernicke’s encephalopathy?

Wernicke’s encephalopathy develops if a person’s brain doesn’t get enough thiamine (vitamin B1). This is almost always caused by a person drinking too much alcohol.

What are the symptoms of Wernicke’s encephalopathy?

Wernicke’s encephalopathy can be difficult to identify –particularly if a person is still intoxicated with alcohol. The symptoms can sometimes be mistaken for alcohol withdrawal.

The symptoms of Wernicke’s encephalopathy include:

It is unusual for someone with Wernicke’s encephalopathy to have all of these symptoms. However, most people will be disoriented and confused.

Because a person with Wernicke’s encephalopathy is in a very serious condition, diagnosis is often carried out in a hospital. The doctor will look for symptoms of the condition and may also carry out a brain scan to confirm their diagnosis.

As with other forms of ARBD, a diagnosis can be more challenging if the doctor doesn’t know how  much alcohol the person drinks.

The treatment of Wernicke’s encephalopathy is for the person to immediately stop drinking alcohol and be given several injections of high doses of thiamine (and other B vitamins).

After a person has had this treatment, they maybe referred o a service that can help them to stop drinking alcohol. See our page on alcohol-related 'dementia' for information on support and rehabilitation.

Get support with ARBD

View our list of resources and useful organisations who can support with ARBD.

What is Korsakoff's syndrome?

Korsakoff’s syndrome is a long-term condition that develops when Wernicke’s encephalopathy is left untreated, or is not treated soon enough. Over time, the damage to the brain becomes more difficult to recover from.

Because Korsakoff’s syndrome often follows on from untreated Wernicke’s encephalopathy, many people refer to it as Wernicke–Korsakoff syndrome.

What are the symptoms of Korsakoff’s syndrome?

The main symptoms of Korsakoff's syndrome are confusion and memory loss – particularly memory of events that happened after the person developed the condition.

Because the person is less able to form new memories, they may also repeat the same question several times. For some people with the condition, memories of the more distant past can also become lost or distorted.

Other symptoms of Korsakoff’s syndrome can include:

As with Wernicke’s encephalopathy, the main treatment for Korsakoff’s syndrome is to give the person high doses of thiamine immediately. They may also need to be given other types of nutrition and hydration to get their body working properly.

In the longer term, the person will most likely need the same kinds of support and rehabilitation as a person with alcohol-related ‘dementia’. They may  benefit from learning ways to help them cope with their memory problems.

View our page on alcohol-related 'dementia' for information on support and rehabilitation.

4. Tips for supporting a person with ARBD

Find out about Alcohol-related 'dementia' including symptoms, diagnosis, treatment, support and rehabilitation.

Alcohol-related brain damage (ARBD): what is it and who gets it?

Alcohol-related brain damage (ARBD) is a brain disorder. It is caused by a person regularly drinking too much alcohol, or binge-drinking, over several years. There are different types of ARBD. People who get ARBD are generally aged between about 40 and 50.

A study published in The BMJ today suggests that people who abstain from alcohol or consume more than 14 units a week during middle age (midlife) are at increased risk of developing dementia.
Research

Alcohol consumption in excess has well-documented negative effects on both short- and long-term health, one of which is brain damage that can lead to Alzheimer's disease or other forms of dementia.

Smoking and alcohol with dementia

With smoking and alcohol, it's important to balance the person with dementia's right to enjoy a pleasurable activity against the risk it may pose.
Real stories

Good for the soul: A man with dementia who has learned the value of helping others 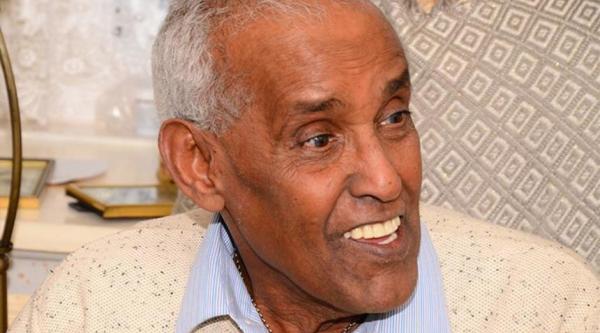 Real stories
We meet Abdul-Fady Othman, who takes strength from supporting others.
0