Testing the effect of the diabetes drug Liraglutide in Alzheimer's disease

Recently, a drug used to treat type 2 diabetes, called liraglutide, has shown promise for the treatment of Alzheimer's disease. In laboratory studies it improves symptoms of Alzheimer's and reduces the amount of amyloid plaques in the brain, a hallmark of the disease.

In this study, the researchers are going to test the effect of liraglutide in people with Alzheimer's disease, to see whether the drug has positive effects on brain function and cognition.

The clinical trial will recruit participants from around the country who have been diagnosed with Alzheimer's disease and are still considered to be in the early stages. Each participant will receive either liraglutide or a placebo treatment, via injection, for one year. Their brain will be scanned at the start of the experiment and after 12 months to look for changes in brain glucose, inflammation and brain volume, all indicators of Alzheimer's. Participants will also undergo cognitive tests to assess whether the drug has an effect on memory and thinking.

This trial is a Phase 2b trial which means that in addition to patient benefits, it will test for side-effects of the drug in people with Alzheimer's disease.

Update:  At the end of the 12 month clinical trial, all participants will be offered the opportunity to join a 12 month open-label extension trial. All participants in this trial will receive liraglutide treatment, even if they were on the dummy drug (placebo) in the original trial. This will allow the researchers to study the long-term effects of using liraglutide to treat Alzheimer’s disease.

Alzheimer's Society initially funded a pilot clinical trial of liraglutide but, following our initial investment, Dr Paul Edison was able to raise money from additional sources to fund a much larger trial. The additional investment comes from a range of sources, including the pharmaceutical company that makes the drug, Imperial College London and nurse support from the NHS.

The study is now a clinical trial that will involve ten times more participants than originally planned. If successful, this means the drug could become available as a treatment for Alzheimer's much sooner.

Moreover, as liraglutide is currently licensed for diabetes, it has already passed through large parts of the drug development process. This makes it much cheaper and faster to develop as a new Alzheimer's treatment than it would for novel drugs. Using existing treatments in this way is called drug re-purposing and forms the basis of our Drug Discovery programme.

If the trial is successful, liraglutide could become a new treatment for Alzheimer's within the next 5-10 years, benefitting many of the estimated 500,000 people living with Alzheimer's disease in the UK, as well as many more around the world and in the future.

Who can take part?

This trial is recruiting participants with early-stage Alzheimer's disease (MMSE score of 22 or higher) in the following areas: London, Brighton, Southampton, Swindon, Oxford, Birmingham and Cambridge. More recruitment sites across the country will be opening soon.

To find out more about participating in the trial, contact the researchers at [email protected] or call them on 0208 383 3704.

Real stories
Ernie has always been passionate about helping people. Despite the challenges that Type 2 diabetes, dementia with Lewy bodies and other health conditions can bring, Ernie is determined to stay positive and 'live in the light'.
3
Research

Research suggests that dangerously low blood sugar has much more serious consequences in people who have both diabetes and dementia.
Read more
News

Half of women likely to develop dementia, Parkinson's or have a stroke

Half of women will develop dementia, Parkinson's disease or have a stroke in their lifetime, new research suggests.
Read more
Research

Astrocytes: Stars of the show 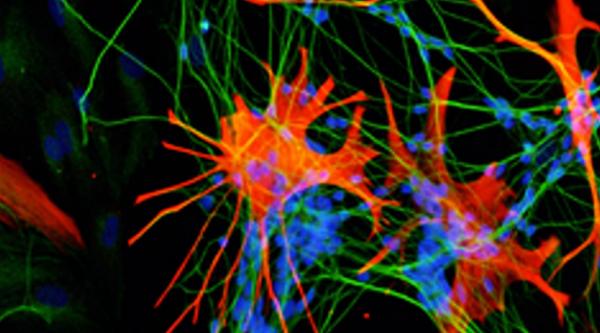 Research
We speak with Dr Claire Garwood. She explains how star-shaped cells in the brain support neurons and how this could relate to dementia.
0
News

Remembering diabetes medications and avoiding hypos when you have dementia

From the Dec 15/Jan 16 issue of Dementia Together magazine, read more about how to manage diabetes when you also have dementia.