Readers have their say on Christine Bryden's new book 'Dancing with Dementia'. 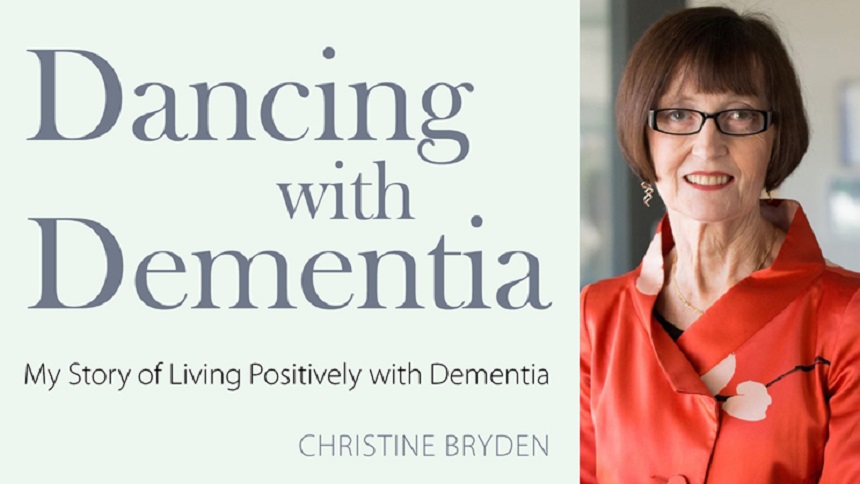 Find out what young-onset dementia is, including the causes and symptoms, and how it is diagnosed and treated.

Christine Bryden is an Australian who was diagnosed with dementia in 1995 at the age of 46. Despite being told that she only had ‘a few years’ to live, she decided to speak out against stigma and advocate for the rights of people with dementia.

She has published four books since then, most recently in 2015. She’s also campaigned widely, including being the first person with dementia to speak to assembled delegates at the Alzheimer’s Disease International conference in 2001.

‘Her wonderful insights and ideas will be of interest to all,’ says Caroline.

Dancing with dementia was her second book, sharing her ‘rollercoaster ride’ of learning to live with the condition.

Caroline Branney, who manages our Dementia Knowledge Centre, says, ‘Although her journey with dementia is perhaps extraordinary – she travelled the world for the cause and even married three years after her diagnosis – her wonderful insights and ideas will be of interest to all.’

Frontotemporal dementia (FTD) is one of the less common types of dementia. It is sometimes called Pick's disease or frontal lobe dementia. The first noticeable FTD symptoms are changes to personality and behaviour and/or difficulties with language.

Caroline says, ‘I was interested to hear that at the time of her most active international work she was often not believed and had to prove her credibility, because she didn’t match the stereotype of a person with dementia.

‘I was struck particularly by the section about what it feels like to live with dementia, where she explains some of the daily thoughts, emotions and ups and downs she has experienced.

‘She also includes practical tips for communication, such as making eye contact, touch, gentle prompting and dealing with background noise.’

‘I heartily recommend her books as a means to understanding how someone with dementia sees the world,’ says Mulberry50.

A carer in Berkshire read both this and another book by Christine called Who will I be when I die?

Sharing his views on Talking Point, Mulberry50 said, 'I am finding them very interesting, as it is Christine who has dementia and therefore it is written from her perspective.

‘I heartily recommend them as a means to understanding how someone with dementia sees the world, as I am unable to get this from my other half.'

Caroline says, ‘Christine is a strong believer also in the “use it or lose it” attitude and living in the present. Her ideas are positive and the book is very thought-provoking and enjoyable.’

‘I found myself flying through chapters,’ says Kenna.

Kenna Blackburn, a reader in West Yorkshire, says, ‘This is a really accessible book and the author’s style makes it a very quick and easy read. I found myself flying through chapters.

‘For me, the overarching tone of the book was one of positivity – something that is often hard to maintain with a diagnosis of dementia.’