We return to a group in Sussex to see how products that help keep track of time have developed. 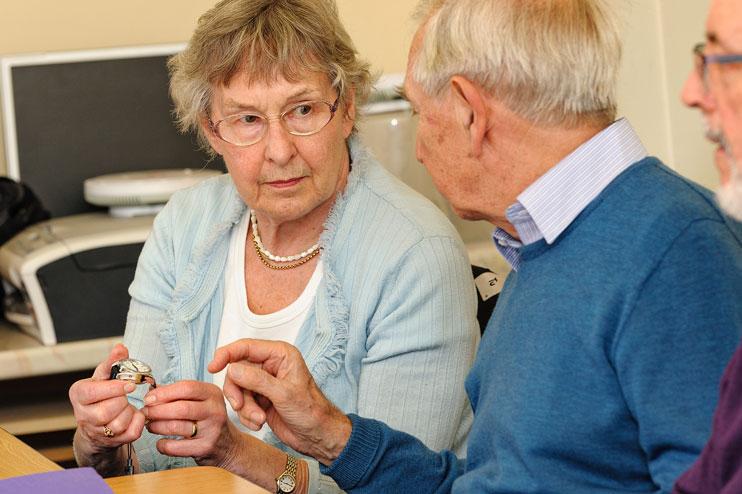 Mid Sussex Dementia Forum, one of our growing number of service user review panels, is a group of people with dementia who meet monthly in Haywards Heath to have their say on pieces of work that the Society and others are doing.

They looked at a range of calendar clocks for us over a year ago, and further products have since been developed in light of their and others' comments.

We took the original Day clock to the group again along with a prototype of a newer, smaller model from the same manufacturer. The original says what time of day it is (for example, 'Now it's Thursday morning') but the prototype alternates between this and the precise time.

The original model has a silver border surrounded by a transparent edge, which Eileen said looked pretty and clear, whereas the prototype is black. 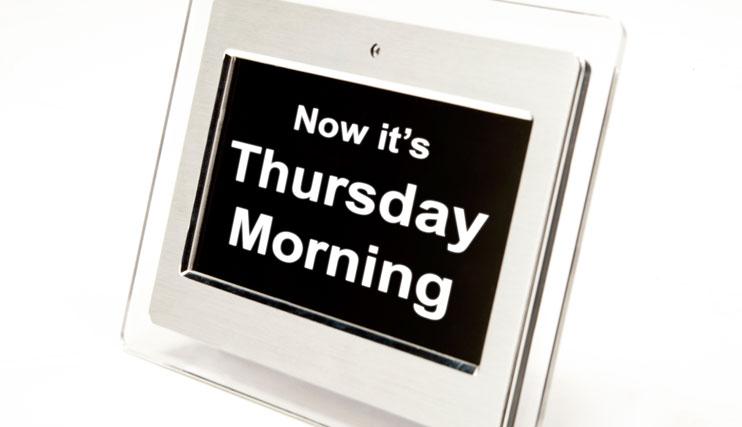 Both need to be plugged in, which could limit where they are placed, but they can also be wall mounted. Harvey noted that this could be particularly important in the kitchen, where it could otherwise add to surface clutter.

The Day clock costs £66.66 without VAT, and panel members noted that you can buy a clock radio for much less than that. This could reflect that this clock is designed specifically for people with dementia.

The Radio controlled day clock, our shop's best-selling clock, was also the panel's favourite. It shows the time, day and full date, and is powered by batteries. Being radio controlled, it updates automatically when the clocks change.

Marion and Bill preferred the look of this product, with its black inner and white outer borders, while David and Vanessa liked that the time was larger and more distinct. 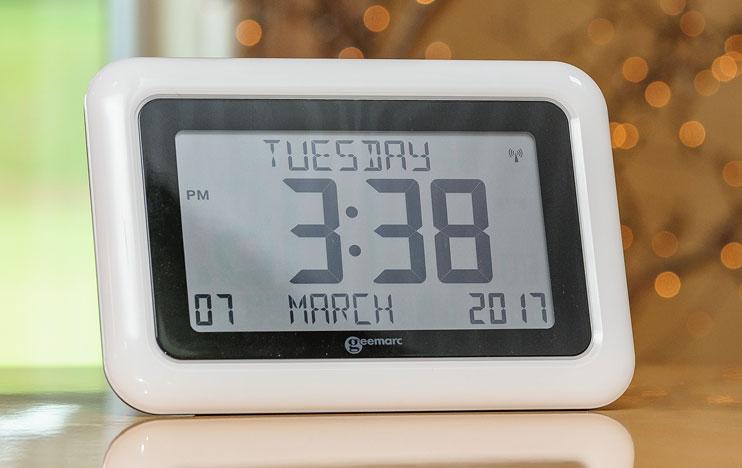 The group wondered why it cost less – £33.33 without VAT – mostly likely because it's produced on a larger scale.

A newer version with a wooden finish was less popular, not looking as 'bright and breezy' in Eileen's words.

The panel also liked the Large talking radio controlled alarm clock, which reads the time and date when you press a button.

It features one voice, which is male, and both Alun and Bill preferred the option of choosing a woman's voice. The voice's volume has three settings, and Eileen thought the loudest sounded a bit abrasive. 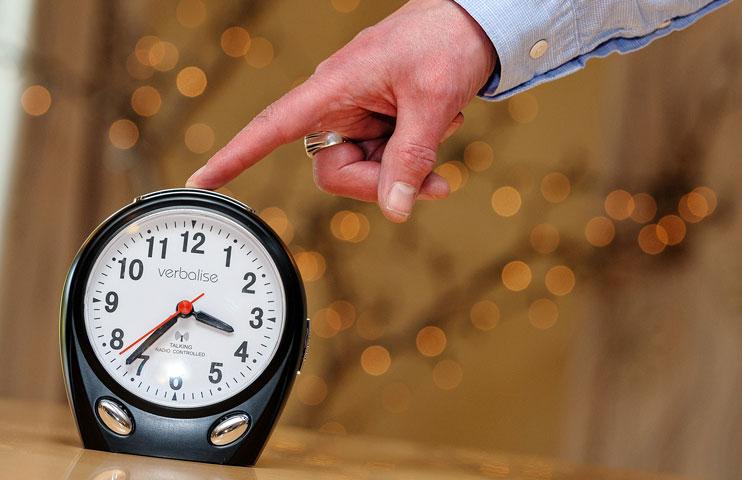 Harvey was pleased to see that the display could be illuminated by pressing a button.

The alarm clock is available for £41.67 without VAT from our online shop.

The group looked at two talking watches, one with a leather strap and the other with a metal bracelet.

Again there was only one voice option and it was male, with no volume control, and Eileen thought the voice did not sound very warm. Ted, Bill and most of the group liked the watches, which have attractive dials and are also radio controlled. 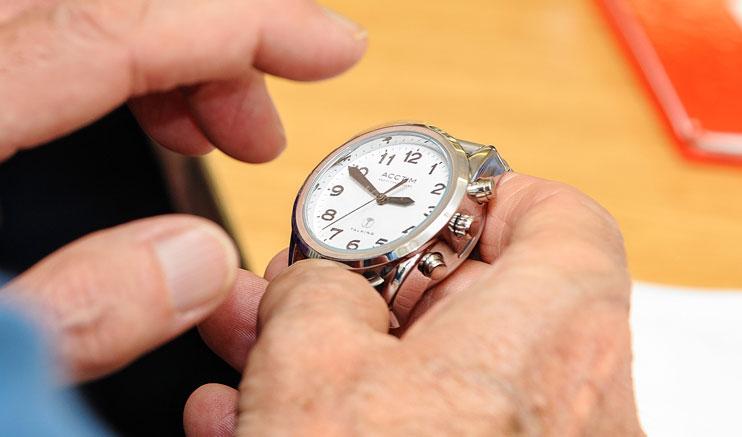 Both of these watches are available from our shop for £41.67 without VAT.

The panel looked at another digital talking watch, though most preferred analogue clock faces and weren't as keen on the voice's American accent.

More from Dementia together magazine: Apr/May 17: