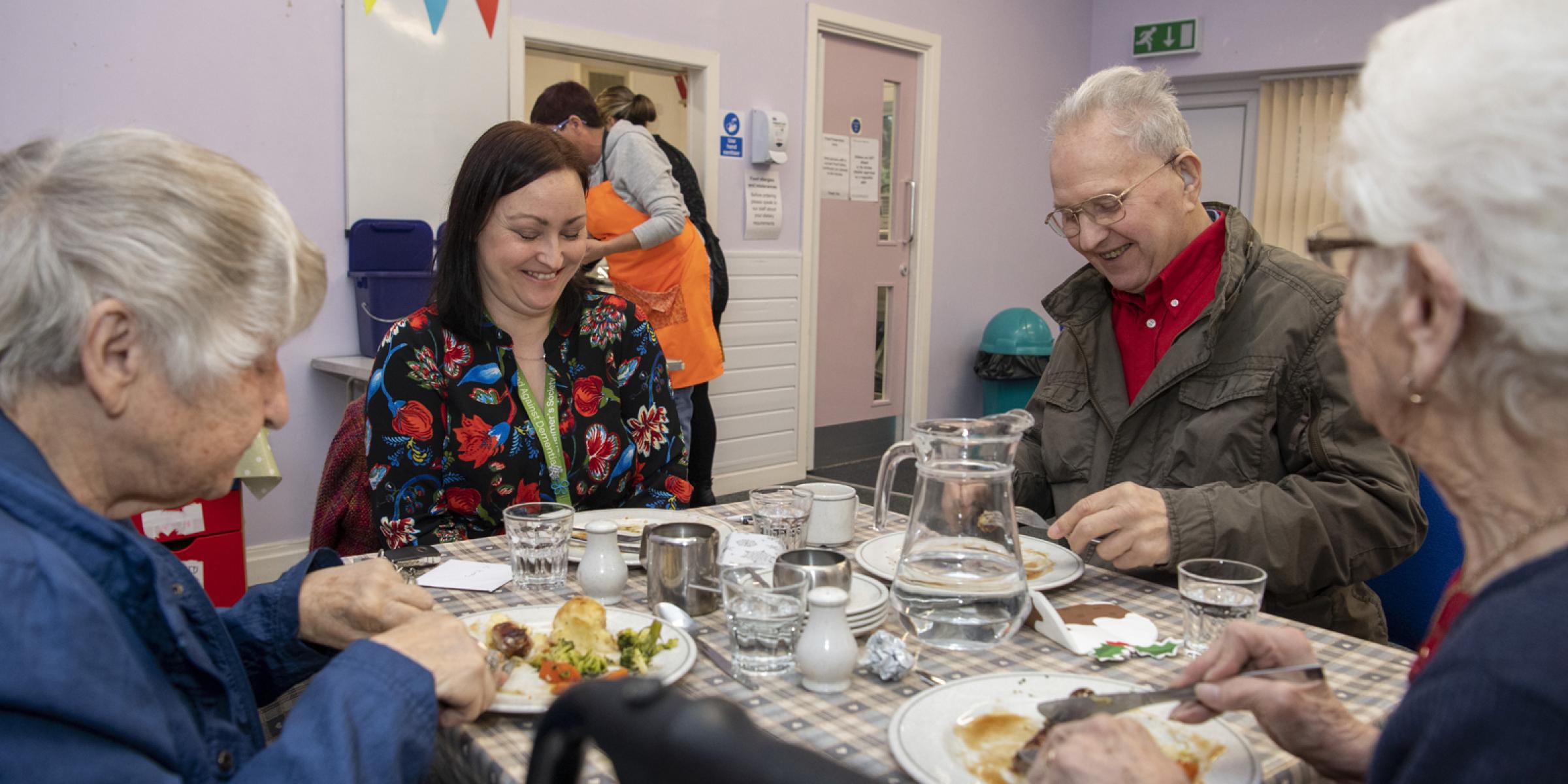 Social prescribing is helping people with dementia in Rotherham to stay healthy and well.

A scheme in Rotherham is supporting people’s health and wellbeing by ‘prescribing’ them activities in their community, and Alzheimer’s Society is making sure that people with dementia can benefit from it.

‘We’re trying to reduce hospital visits and the number of people having to go into residential care,’ says Barry Knowles, who manages the service.

‘It’s about prevention through social and physical activity rather than long-term support,’ says Barry.

Referrals from GPs include people who are at a higher risk of going into care. As a number of these are people with dementia, the Society was commissioned to provide a specialist dementia enabling service.

‘It’s about prevention through social and physical activity rather than long-term support,’ says Barry. ‘If people have the knowledge and confidence to continue attending the group or activity themselves, that’s a really positive outcome.’

After an initial phone call, Kirsty visits the person with dementia to better understand their personality and interests. She can then suggest local groups or activities that could suit them, having already researched and visited groups to ensure they’re appropriate and accessible. She also helps arrange transport, or even takes the person herself.

‘If you sort out the transport it can alleviate a lot of the problems,’ says Kirsty.

‘We’re getting them out and about to different places in the community,’ she says. ‘A lot of people don’t have the confidence to go out, but if you sort out the transport it can alleviate a lot of the problems. It opens up people’s lives.’

Kirsty has introduced people to lunch clubs, activity groups, memory cafés, Singing for the Brain and the Women’s Institute. One 78-year old woman started going to the gym through the service.

‘Sometimes at groups, people will mostly talk to a person’s carer, but this service doesn’t focus on the carer, which can be valuable,’ says Kirsty.

The groups aren’t always specifically designed for people with dementia, so Kirsty has been running Dementia Friends sessions to improve people’s understanding of the condition and how they can support someone affected by it.

‘It needs to be sustainable,’ she says. ‘If it’s a weekly club and people are getting the hang of it, at that point my work is pretty much done.

‘People are still going and still integrating, and they say it’s made a difference to them, so that’s a success.’

There are lots of great ways to support Alzheimer's Society, but our volunteers make a special difference for people affected by dementia.

Kirsty has introduced three people with dementia to a Salvation Army lunch club and they continue to attend every Wednesday afternoon, socialising and supporting each other along the way.

Ray Bletcher, 78, whose wife died six years ago, enjoys going to the club.

‘I’m quite happy going there, it saves me cooking and gets me out!’ he says.

‘The meals are very good and I get on with the cooks. They’re good and sociable.’

Joining Ray at the club is Margaret, who speaks extremely highly of it.

‘It’s fantastic, the best one I’ve ever been to,’ she says. ‘The lady behind the counter deserves a medal!’

The opportunity for social interaction has made a real difference to Margaret.

‘It gets me out of bed and dressed, and is something to look forward to,’ says Margaret.

‘I don’t see any neighbours or anyone much, so this breaks things up in a long, lonely day,’ she says. ‘It gets me out of bed and dressed, and is something to look forward to.

‘It brings people together. I’ve spoken to a new couple this week who I wouldn’t have spoken to otherwise.’

Doreen Guest says that Kirsty has given her ‘really good’ support, including arranging alternative transport.

‘I like to go out, but can’t on my own unless I get help,’ she says. ‘The bus is harder as I can’t lift my legs and am frightened of the lift, but they are sending a bus with a ramp.’

At the lunch club, Doreen appreciates the time she spends with others.

‘I like talking to people and they are all really friendly,’ she says.

‘I don’t like being on my own. I’ve got my cat Toby but I miss my friends where I used to live. This gets you out of the house.’

Social prescribing is a key part of NHS plans to make the care received by people with dementia in England more personal to them.

‘This recognises that health is more than medicine and marks a shift towards community connections and social activity,’ says Ian McCreath, Personalisation Lead at Alzheimer’s Society.

Use our Dementia Directory to search for local services.

Services, Support
Back to top