Women and dementia: Hear why dementia is a global women’s health, social care and rights challenge that can no longer be ignored.

There’s no escaping from the fact that dementia has become an urgent global health crisis that is only set to worsen.

Global diagnosis rates are low, people are receiving substandard or no care and stigma in many communities remain rife. But while there is growing recognition of the scale of the problem, there is a key issue that continues to be significantly overlooked.

Women are disproportionately affected by dementia. In the Women & Dementia: A Global Challenge report, the World Health Organisation lists dementia as one of the top ten causes of death for women and it is the top cause of death for females in the UK.

Amy Little, our Executive Lead on Global Alzheimer’s and Dementia Action Alliance, explains why dementia is a global women’s health, social care and rights challenge that can no longer be ignored.

Women are more at risk of dementia than men with women making up to 65% of people who currently have the condition in the UK.

Once they have overcome the initial barriers to getting a diagnosis, women can also face discrimination in care. For example, a recent UK study identified that women living with dementia are more likely than men to be prescribed psychotropic medication that can negatively affect their physical health.

Research shows that women not only face a greater prevalence of the condition, but also fulfil the majority of care support roles.

Internationally, women account for two in three providers of dementia care support. Cultural norms, particularly in lower and middle-income countries, often determine that a mother, daughter or daughter-in-law should assume the role of family carer.

These unpaid care responsibilities mean many women are forced to sacrifice job opportunities, either reducing their hours or ceasing work altogether. They're left vulnerable to financial hardship as a result.

Gendered roles can become even more complex, with women in some communities unable to detach from their responsibility as homemaker and family carer.

One woman in India told us that she moved away from her family to receive dementia and cancer care, as she wanted to preserve her self-respect by not relying on her relatives. 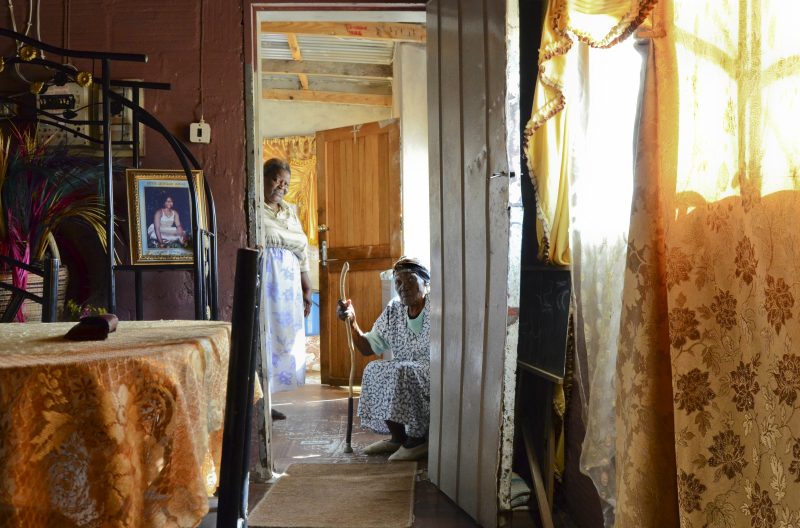 Sarah (not her real name) cares for her older sister who lives with advanced dementia in South Africa. Sarah has taken her young daughter out of school to help with caring duties and to save money to support the family.

Too often around the world, in every country, families do not understand what is wrong with their loved ones when they develop dementia.

Worryingly, in some communities, there’s not even a word for dementia as a lack of recognition or understanding of the condition permeates from community level right up to a policy level.

There's a universal stigma surrounding the condition and extreme forms of discrimination can lead to the abuse of women.

Older women are particularly vulnerable to a ‘triple jeopardy’, discriminated against because of their sex, age and medical condition. Some people are bound by a cultural stigma that forbids them seeking external help. The ramifications of these misunderstandings are dangerous and can sometimes lead to abuse.

In this situation, a simple first step is dementia awareness. Teaching community health workers and volunteers that dementia is a medical condition is so important. Steps should then be taken to utilise the tools that exist to support diagnosis and care.

Kiki Laniyonu Edwards, a leading dementia advocate in Nigeria, features in a new film released for World Alzheimer’s Day called ‘And Then I Looked Up Dementia – Women Speak Out.’ 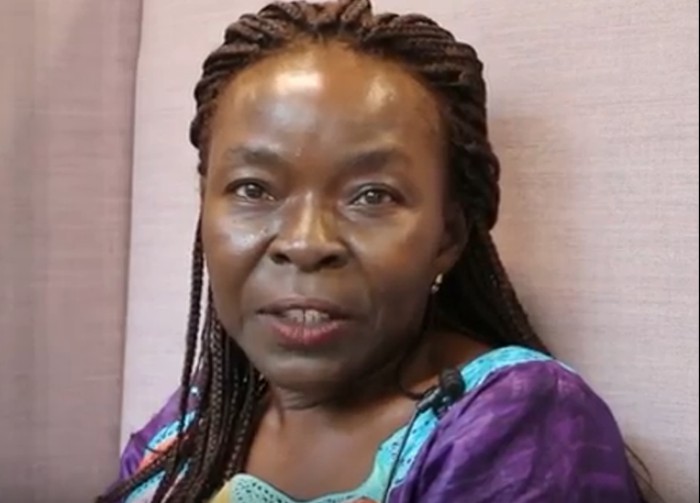 As in many parts of the world, the stigma and misunderstanding of dementia in Nigeria is extensive and can be dangerous.

People with dementia can be labelled as witches, and sometimes abandoned by their families for fear they too will be accused of witchcraft because of courtesy stigma. When they are not abandoned, people with dementia may be locked away without proper care and support to manage their symptoms.

Kiki herself has been accused of witchcraft due to her care support and association with people living with the condition.

Next year, dementia will become a $1 trillion disease that’s a cost greater than the GDP of all but the 15 richest economies in the world. There’s no longer time to shirk our global responsibility to address this issue.

The Global Alzheimer’s & Dementia Action Alliance (GADAA) is urging global leaders to recognise dementia as a medical condition that needs urgent action. We need to unite to ensure better diagnosis, care, research and awareness through the development of national dementia plans in every country in the world.

But so far only 12 countries have taken into consideration the needs of women in their commitments and only 29 countries have a national dementia plan.

Around the world, people remain trapped in a perennial struggle to access the diagnosis, care and support that they desperately need - and for women, the challenge is even greater.

Gender
Back to top

I've only recently been diagnosed with Alzheimer's, and I'm still learning about the disease and about the role of the Alzheimer's Society, especially in the UK.

First, is the Alz Soc a national or an international one? I appreciate that large-scale issues such as the high proportion of women sufferers, and the difficulties of patients in less affluent countries, are major issues and form part of the global picture, but is this something that the Alz Soc can tackle, or should tackle? If so, how does it divide up its efforts and funding, when some of these aims are certainly worthy but probably unachievable, or at least unmeasurable?

This train of thought made me wonder exactly what the Alz Soc considers to be its central and vital purpose, how this is measured, and how it avoids being distracted by a thousand other issues, all of them significant in one way or another.

'Alzheimer's Disease', in its widest sense, is surely a vast and complex subject, and (to this patient) the Alzheimer's Society seems to have an almost infinite remit to do everything, everywhere, for everyone. Is that true? And if so, can the achievement of such aims be measured?

It seems, for example, to be a fair principle that funds raised in a country should be spent there, provided that such a policy properly meets the rest of the Society's aims. As a UK Alz patient and NHS user, I would obviously like to see most of the Society's effort and expenditure split between support for carefully selected research, medical resources and meaningful assistance to UK patients and their families. But is the Society national or worldwide? It seems very fuzzy to me, and not only because I have Alzheimer's Disease.

I am also concerned that the most obvious face of the Society is that projected through forums and online media. I don't know what percentage of its budget is spent on those things, but I'm not convinced of their usefulness, except perhaps as a last-ditch palliative.

Again, a big issue seems foggy to this patient... Or is it just that my brain is decaying? Am I just mean and ungenerous, and the Alz Soc is indeed a very focused and successful organisation? Can someone clarify these issues for me, and stop me faffing about them? Any help will be deeply appreciated.

Hi Martin, thanks for your comment and interest in our global work. It's very much appreciated.

Alzheimer’s Society is a national charity. We directly support people affected by dementia in England, Wales and Northern Ireland only. You can find out more about this and where our money goes on our website, here: http://bit.ly/2sWM2X9.

But, as you’ll be aware, dementia is one of the biggest global health problems of our time. We believe no country can face this dementia challenge alone.

In the Prime Minister’s Challenge on Dementia 2020, the UK government committed to continuing UK leadership on the global fight against dementia.

At Alzheimer’s Society, we're committed to combating dementia and can support this aim by forging global partnerships. We want to play our part in ensuring that dementia is seen as an urgent global health priority.

To do this, we collaborate with other Alzheimer's associations and partners worldwide. This means we can share best practice with one another, and learn from others to build on our UK programmes and to help improve the work that we do.

Alzheimer’s Society’s focus remains national though and our mission is to transform the landscape of dementia forever.

In our new strategy, the New Deal on Dementia, we make a commitment to be available to every person who receives a diagnosis. So whatever they're going through, wherever they may be and whoever they are, they can turn to Alzheimer's Society for support, help and advice. You can read about our strategy, here: http://bit.ly/2fy4zjT

Until we find a cure, we will strive to create a society where people affected by dementia are supported, accepted and able to live in their community without fear or prejudice.

We hope this helps answer some of your queries, although please let us know if you have any more questions.

Thanks again Martin and all the best.

So grateful that this challenge for women is being recognised and articulated so powerfully here.