Research
Is there a link between stress and dementia risk?
Blog

Many people wonder whether stress is linked to risk of dementia, and the news often reports a link between the two. This Stress Awareness Month, our Research team decided to examine the evidence behind stress and risk of dementia. 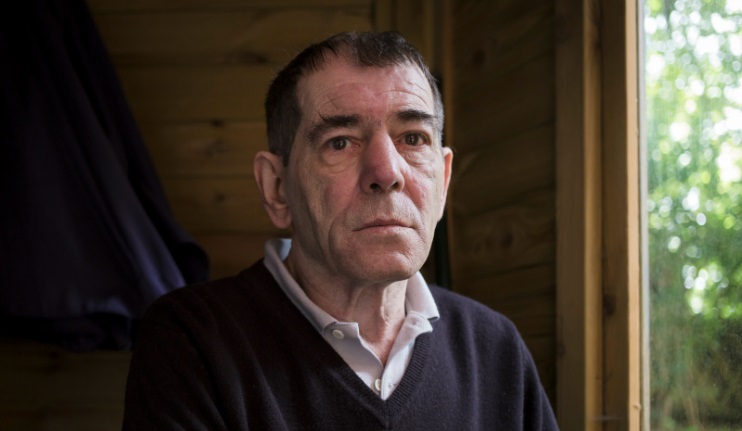 Stress occurs when the body has to respond to a situation that could be dangerous. Symptoms include a pounding heart, sweating and tense muscles. These symptoms are supposed to fade away once the danger passes, but some people may find that these stressed feelings continue. This prolonged – or chronic – stress can be very serious and have severe effects on a person emotionally, mentally and physically.

Why has stress been linked to dementia?

There are many logical reasons why stress could be linked to dementia. Stress affects the immune system, which is known to play an important role in the development of dementia. A key hormone released when you’re stressed, cortisol, has been linked to problems with memory. Stress is also closely linked to conditions such as depression and anxiety, which have also been suggested as factors that could increase risk of dementia. Some research has found that stress appears to have a direct impact on some of the mechanisms underlying dementia in animal models.

Learn about the symptoms and causes of apathy, and possible ways to treat it for someone who is living with dementia.

However, as with many things in the research world, understanding whether any of these theories are correct has turned out to be a long and winding road.

It is very hard for researchers to investigate stress. We all experience stress in different ways and our ability to cope with stress varies widely from person to person. It is also very difficult to measure exactly how stressed someone is. There are also other factors that could be playing a role that are difficult to separate out – for example the role of anxiety, depression and lack of sleep, all of which have been associated with increased dementia risk. These complications mean that it is very difficult to do high-quality research into the role that stress has in dementia risk.

However, a few studies have attempted to untangle this mystery.

What does the science say?

A study funded by Alzheimer’s Society is examining whether long-term stress may play a role in whether someone progresses from mild cognitive impairment (MCI) to Alzheimer’s disease. Lead researcher Clive Holmes says:

'Understanding the role of the immune system in the risk of Alzheimer’s disease is of great importance to researchers. As prolonged stress can cause changes in the immune system, we wanted to find out if this was linked to progression to dementia from mild cognitive impairment.

Some researchers looking into long term stress and dementia have focused on people who are affected by Post Traumatic Stress Disorder (PTSD). This is a diagnosed condition that occurs when a person has been through a life-changing or distressing event.

Research into the link between PTSD and dementia has found an increased risk, however having PTSD does not mean you will definitely develop dementia.

If I am affected by stress, should I worry about getting dementia?

The current evidence indicates that while prolonged stress may play a role in development or progression of dementia, having chronic stress does not necessarily cause dementia. Hopefully further research can begin to uncover what role, if any, stress does play in a person’s risk of developing dementia.

Having long-term stress does cause a number of health issues so if you are experiencing stress it is a good idea to see your doctor, especially if you might be affected by PTSD.

How to deal with stress

There are a number of useful tools available now that can help to combat stress - the NHS Choices website has a list of many of them.

Stress and Anxiety
Back to top

I am 53 and of late my memory is terrible, not just older age forgetting to get the chops out of the feezer! I was in the Army and as a welfare had to see and be in very traumatic situations. My Dr just guessed there was something quite wrong and after a few simple tests I am refered to a memory clinic, as I have suffered 3 very serious head injurues at age 7, 38 & 44 so possibly looking at CET/ punch drunk syndrome. On top of that referal to counsellor has diagnosed severe PTSD. I am convinced that alone we possibly have two different diagnosis that need yet to be confirmed, but I am pretty sure there is dementia & PTSD may be a contribution to that. I bet its going to take a long time to find the answers. Each few days things get worse and I am frightened as I am only 53! If anyone would like to talk to me for help in research I would gladly give you help in that research so please contact me if I can help.

This is Rachael. Hi, all the results from specialists showed I have Minor Cognative Impairment coupled with PTSD. The MCI of course could turn to Early onset Dementia in the years to come, but could settle down, as forgetting atuff can be linked to PTSD, and generalised anxiety disorders! Beat thing to do for anyone, see your GP, getting tested with brain scans, see specialist services and go from there! Never hang around guessing or hoping!!

Thank you for publishing my thoughts I was in care for many years and noticed people I looked after had lost someone or had troma in their life. My mom is right now in hospital and she was diagnosed a few years ago with the onset of dementia as I recognised the signs it took a long time to convince her to do something about it I was called a cruel person for even mentioning it I was shot down by my own daughter telling me how nasty I was being to my mother but I was right in the end unfortunately. My mom has explained tonight to a nurse how she tried to save her soulmate he had died she was going through radio therapy at the time but she got his heart beating until ambulance arrived sadly he did die and that's when I started noticing a change, yes I'm sure stress brings it on it might already be there somewhere but stress starts the ball rolling I'm sure. Once again thank you for that article

I found your article quite interesting.
It confirms a lot of thoughts I have had concerning stress and dementia.
I know someone who has been in a state of high anxiety due to his wife's dementia
and worry over financial affairs.
His memory has been declining and he shows other signs of the onset of dementia.
My husband recently passed away after having suffered for many years of with
dementia.

You should help him with his wife or find someone that will. I thought I had early symptoms but it was just exhaustion and extreme stress. I am getting better since resting and getting rid of taking care of everyone but myself. I'm not sure he wont get Alzheimer's if his life continues with him being overloaded.

Brilliant article with fantasic links to all we might like to know about STRESS and how to manage it, PLUS its relationship to Cognitive impairment and consequences plus researches. Thank you. As a carer, and under considerable stress as one can imagine, I am very interested in this subject, for myself. And much food for thought as to how it might have affected my husbands diagnosis of vascular dementia, as his cognitive awareness is deteriorating; he definitely is unable to cope with stressful situations, not only now but as early on in our marriage. So good knowing something else. Thank you