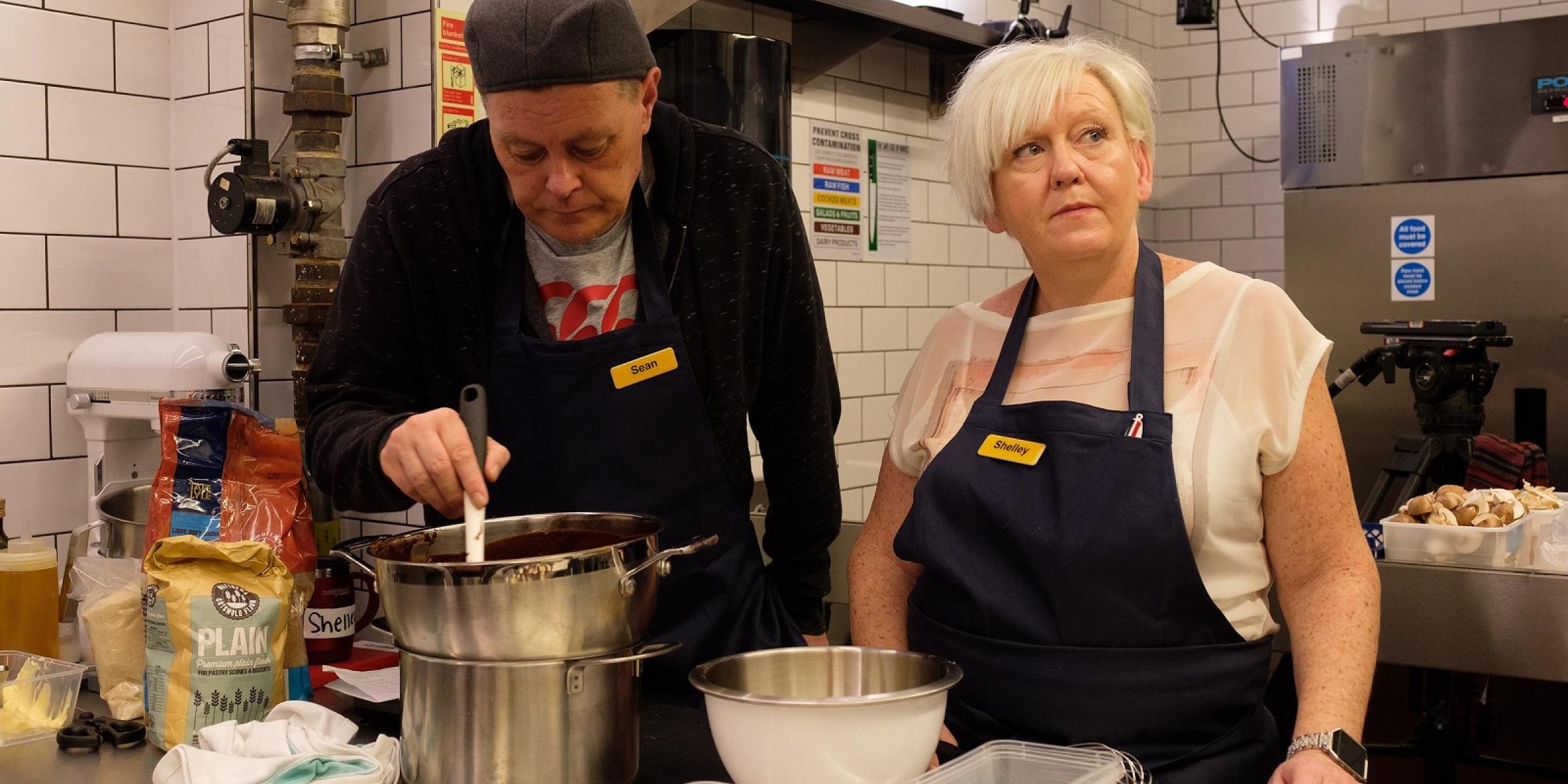 Diagnosed with Parkinson's in 2013 and then dementia last year, working at The Restaurant That Makes Mistakes has given Sean Blackmore renewed confidence and self-esteem. Hear how his experience on the show encouraged him to find work at a local bistro.

Working at The Restaurant That Makes Mistakes was a great, great experience.

The restaurant was run by a Michelin-starred chef so we got really good training. We were all prepared for different roles and I mostly worked front of house. I have Parkinson’s too, so they found out on the first day that working in the kitchen with knives probably wasn’t the best idea!

When filming finished, I decided there was no point thinking it was just a nice experience. I thought, if I can do this, I can work! So I started applying for jobs.

I've since started volunteering 3 hours a week at a local bistro, which has made a few small adjustments to support me.

I thought that, with dementia, working was a closed door. I had been busy but I hadn’t been working or looking for jobs.

Everyone who did it had a positive outcome. It’s changed our mood, our cognition, the way we think. I think it’s good for those who still feel like they’ve got something to give, or want to work and take pride in something. They don’t have to feel like getting dementia is the end.

Having a diagnosis of dementia may affect your job. Our guide on employment is part of a series of nine booklets that have been written for people with dementia. Download a digital copy or order a printed version of the booklet.

There are lots of little things restaurants can do to support people with dementia. Signposting things would be really useful – in the bar area, for example. If drinks were labelled – red wine, white wine, prosecco – it’s not a huge thing, but it would really help someone with dementia.

Obviously restaurants are very busy environments, but having clear structure or doing things in the same order really helps. As much as possible, it’s useful to make patterns and routines.

A lot of people with dementia have spatial awareness problems so they often bump into things. It’s a good idea to make sure there’s enough space between the tables to avoid people (staff and customers) tripping up. We had to do a lot of manoeuvring when we first came into the restaurant.

I know, on a personal level, it also helped people to write things down and have my own personal to-do list.

‘I’ve still got that hope’

As people with dementia, we have so much to offer. There was great teamwork – everyone working together. It’s a positive thing for restaurants to do in the sense that they’re doing something so incredibly good for that individual. It lifts your self-esteem, your attitude and your mood.

If restaurants are prepared to make a few little changes and be patient with speed, they can have satisfaction they’re doing that for someone else. They don’t need to make wholesale changes, just little things to help.

Someone can work for just a few hours a week and still be a blessing to the company. It’s a pioneering project. It gives people hope.

Image via Channel 4 and Joss Barratt

Work and employment, Dementia Friendly Communities
Back to top