Communicating with people affected by dementia

Dementia researchers may like to communicate with people affected by the condition about their work. Read our advice and tips here. 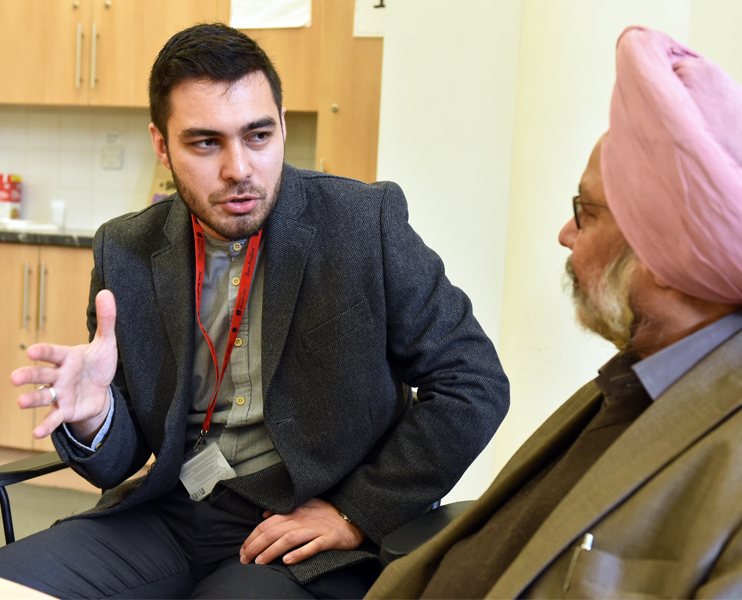 If you are funded by Alzheimer’s Society, or are a dementia researcher, then it may be that you would like to communicate with people affected by the condition about your research. Here are some general tips to help you to communicate with this audience.

People with dementia often have problems with language, such as struggling to find the right words. They can also find it hard to process and interpret what other people are saying.

Try to make your language as clear as possible and slow down your speech if you are giving a presentation.  Allowing time between sentences may allow people to process the information and follow what you are presenting to them. It may feel like an uncomfortable pause to you but it may help them to keep up with your talk.

However, many people with dementia are still able to understand and process information – there is no need to patronise or use infantilising language, but using simpler words and not overloading your event with too much information will be helpful.

If you are doing a presentation at your event, make sure that the slides are simple and are not overloaded with information or confusing/noisy animations or videos. However, a simple video may be a good way to communicate certain information.
Make sure there is lots of ‘white space’ on your slide. You can use simple diagrams instead of lots of words where appropriate.

If possible, props and demonstrations are excellent ways to get your point across without excessive use of PowerPoint.

Try to keep eye contact as much as possible with your audience and avoid turning away with your back to the audience.

If someone wants to ask a question, they may find it difficult to verbalise exactly what their question is. Try to wait until they have finished speaking before you answer. Try to find clues in their question if possible and check with them if you have understood the question correctly before answering.

If the individual or group did not understand something then try to get the message across in a different way rather than simply repeating what you said. You can try breaking down complex explanations into smaller parts.

See our factsheet for more information about communicating with a person with dementia.