Alzheimer’s Society’s Singing for the Brain goes virtual, inviting UK to join in and sing with people with dementia and Vicky McClure

Join the virtual singalong for an hour of fun, laughs and connection. 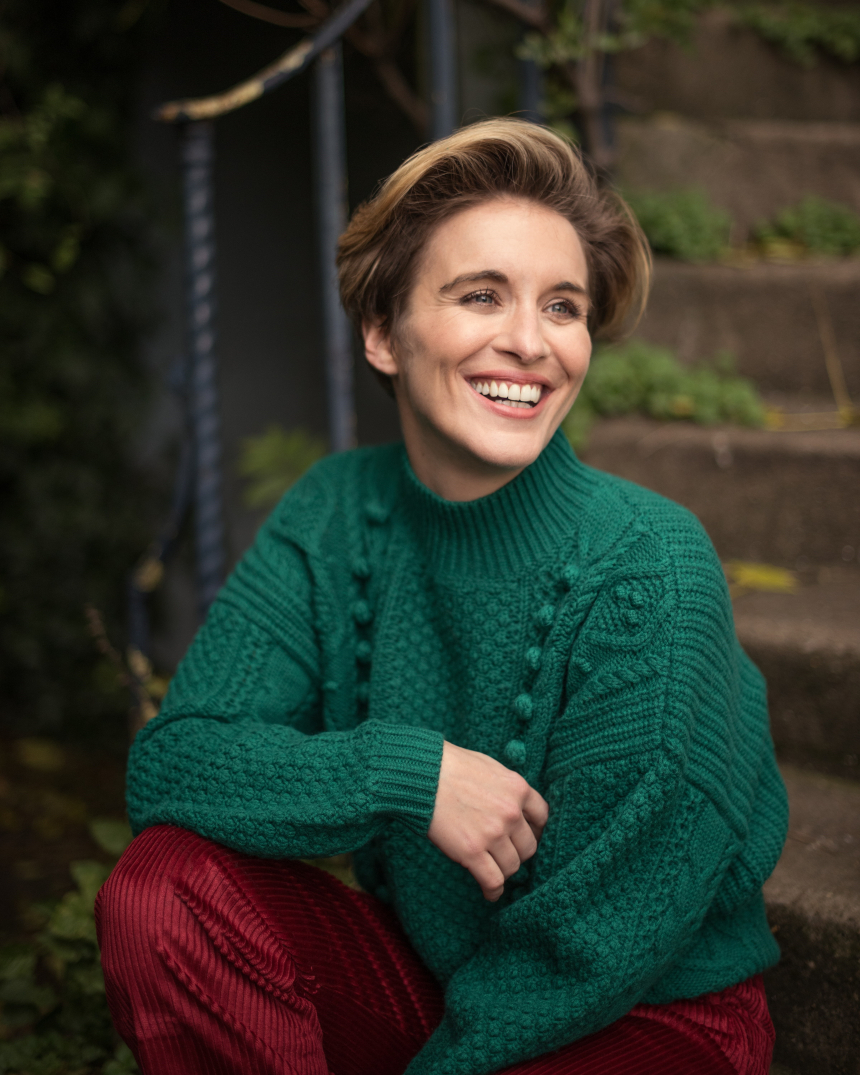 Alzheimer’s Society invites Britain to warm up their vocal chords, try out some scales and unite with people with dementia for a broadcast of a virtual Singing for the Brain session live on Facebook on Thursday 30 April at 3pm.

Alzheimer’s Society will broadcast a live, one-off, national sing-a-long session that is open to anyone and everyone on our Facebook platform to join in. From Fly Me to the Moon, to Singin’ in the Rain, the Facebook session will include some fun warm-ups and renditions of old classics that audiences can join in with from home to experience the power of music together with people living with dementia across the country.

The session will be joined on Facebook by special guest, Alzheimer's Society Ambassador Vicky McClure, whose grandmother had dementia. Scouting for Girls' Roy Stride, whose mother had early-onset dementia, and former Emmerdale actor, John Middleton, whose character in the soap had dementia, will also be joining in to show their support. People can vote in advance for their favourite songs for inclusion in a Facebook poll in the run-up to the event.

Singing for the Brain sessions bring people affected by dementia together to sing a variety of songs they know and love, with fun vocal exercises that help improve brain activity and increase well-being. Evidence shows that music can help improve and support mood, alertness and engagement of people with dementia, with research* showing that musical memory is often retained when other memories are lost; music can help people to recall memories due to the nature of preserved memory for song and music in the brain

Music and social interaction has a huge positive impact on mood, and since the coronavirus pandemic has prevented groups from happening face-to-face, Alzheimer’s Society has launched the service online, to bring hundreds of people living with dementia together every week to experience the benefits of music together during the lockdown.

Singing for the Brain is one of the many services that Alzheimer’s Society offers to people living with dementia. With 95% of people with dementia aged over 65, many with underlying health conditions and reliant on a social care system that was already in crisis, the pandemic poses a huge risk.  People are unable to get essential care, confused by losing their much-needed routines, and we hear from families telling us that their family member’s symptoms are increasing and their health deteriorating because of a lack of social contact.  Carers are feeling isolated and struggling to get respite. Thousands are   now having to cope  with the suspension of all face-to-face services, stringent social distancing measures and  self-isolation.

Alzheimer’s Society’s Dementia Connect support line has been deluged with calls from people affected by dementia struggling to cope and extremely concerned about the lack of support getting through to social care. The charity, hard-hit like other charities, has launched an Emergency Appeal to raise funds to help keep the Dementia Connect support line going and  extend  telephone  and virtual  support.

By making the Singing for the Brain session available to everyone online on 30th April as a national event, Alzheimer’s Society hopes that people will join in to make a difference to the lives of people living with dementia, and ensure they know they aren’t alone.

'People affected by dementia are finding it tough in these surreal times and support provided by Alzheimer’s Society is needed now more than ever before.

Music and singing are fantastic activities for people living with dementia, and I am so excited that Alzheimer’s Society is bringing a Singing for the Brain session direct to people across the UK that is open to all.

'I hope that everyone at home will join people affected by dementia by warming up their vocal chords and taking part in the session next Thursday 30th April.'

Philomena and Richard from Bangor, who virtually attend the group with Richard's mother Louise who is living with dementia, said:

'We really enjoyed the singing - it was a great activity for us to do together.

It is lovely to be part of the Singing for the Brain group and to see familiar faces again, and was without doubt a big highlight of Louise's week. Seeing and relating to people outside of our family will have growing importance to her.

'Louise had a great routine before the lockdown, going somewhere every day - obviously all that has stopped now.  Anything that helps her connect and feel involved with people has a very positive, stimulating effect.'

'We are delighted to make Singing for the Brain available to everyone on 30th April through a broadcast on Facebook.

Music and singing can have a profound impact on wellbeing, so we invite everyone in Britain to take a moment out of their day and have a therapeutic sing along to some old classics from The Beatles and Sinatra together with people impacted by dementia.

'It is vital that Alzheimer’s Society is there to offer support for the 850,000 people living with dementia in the UK as they the face potential isolation and challenges of the pandemic, to make sure they know they aren’t alone. Please donate to our Emergency Appeal to ensure that our Dementia Connect Support line can continue, and that vital services like Singing for the Brain can be available to improve lives and to help people stay connected and remain part of their community.'

About the Society, Music and Singing