The Mental Health Act 1983 is a law in England and Wales. It allows certain people to be detained in hospital against their will so they can be assessed or treated. The Act can apply to people with dementia.

The Mental Health Act is about people who have a ‘mental disorder’. Some people would choose not to use this term. However it is the term the Act uses to describe any disorder or disability of the mind, including dementia.

The Act explains in what circumstances, and for what reasons, a person may be kept (detained) in hospital against their will. It can be used to detain a person whether or not they have the ‘mental capacity’ (the ability to decide for themselves) to agree to stay in hospital. This is sometimes called 'being sectioned'.

A person can only be detained if they have a ‘mental disorder’ that makes it appropriate to use the Act. They can also only be detained if it is necessary to protect them or other people. A person should not be detained unless other less-restrictive ways of giving them care and treatment have already been considered.

The Act also explains what responsibilities healthcare and social care providers have to people who are detained. It sets out ‘safeguards’ to protect that person.

This page looks at the parts of the Mental Health Act that are likely to be most relevant for some people with dementia and their carers. It also explains the process for challenging someone’s detention, as well as guardianship and after-care services. If the Act is used for someone with dementia it can be stressful for them and their carers. Therefore this page outlines where to get help and support.

The Mental Health Act is currently being reviewed by the government and there is a possibility that the law may change. The last time it was changed was in 2007.

2. Which sections of the Mental Health Act are relevant to dementia? 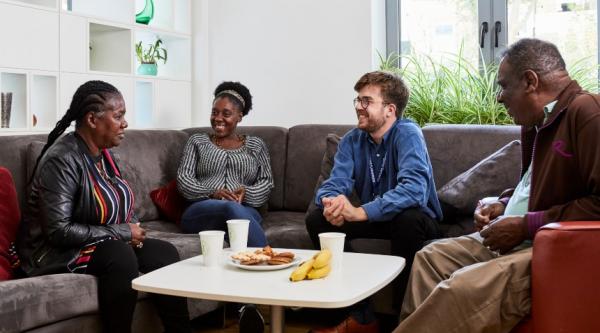 Advice
Seeking support from the social care system can be daunting, particularly for people affected by dementia who face many other daily challenges. We have guidance to help you navigate this complex process, including where to go for further help and information.
Advice