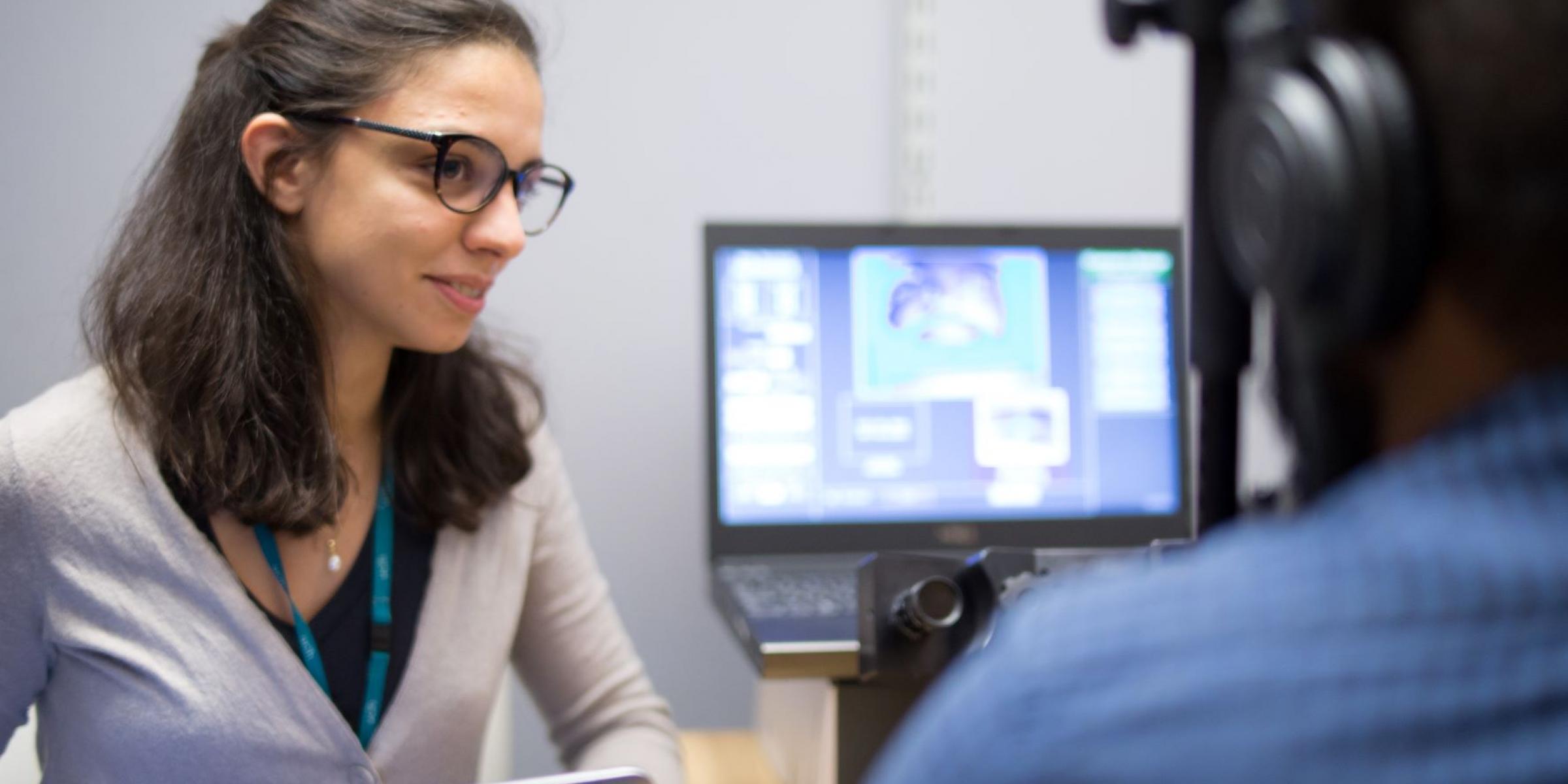 News
7 recommendations for policy-makers on dementia research
For researchers

Following the report from the All-Party Parliamentary Group on Dementia inquiry on dementia research, we share recommendations from the research community and people affected by dementia on funding and support, and how policy-makers can help.

The All-Party Parliamentary Group (APPG) on Dementia is a cross-party group of MPs, led by the Labour MP Debbie Abrahams and the Crossbench Peer Baroness Sally Greengross, and is run in partnership with Alzheimer’s Society.

Earlier in 2021, the APPG held an inquiry on the state of dementia research in the UK, where they heard evidence from dementia researchers, funders, and people with lived experience of dementia. A new report based on this inquiry has now been released titled Fuelling the Moonshot.

In 2019, the Conservative Party’s election manifesto contained the ‘Dementia Moonshot’, a commitment to double research funding for dementia, taking us to £160 million per year over the next decade.

The focus of the APPG inquiry report is a call for the Government to commit to funding the Dementia Moonshot as soon as possible. Springing from this call, the APPG have made seven recommendations.

The earlier in dementia that someone receives a diagnosis, the earlier they and their carers can access support. This also means they have more opportunity to take part in clinical trials for new treatments when they might be most effective.

Additionally, with the possibility of disease- modifying treatments on the horizon, an early and accurate diagnosis will become increasingly important.

Multiple methods for earlier detection and diagnosis are currently being explored in the dementia research field, but a push is needed to validate these tests and to make them available to as many people as possible.

We’re calling on the Government to put Moonshot funding towards novel methods of early diagnosis, such as blood and other biomarker tests, and to prepare to roll these tests out widely once they have been validated.

The UK DRI has attracted top biomedical researchers to the UK from across the globe, with UK DRI director Prof Bart de Strooper estimating that around a third of its research Group Leaders have come from outside the UK.

Like many research institutes and universities, it has suffered in the pandemic with labs having to shut and its charitable funders having been hit hard financially.

We’re asking the Government to confirm appropriate funding for the UK DRI for the next ten years so that its researchers can continue to carry out world-leading biomedical and translational research. It’s vital we ensure that other world-leading biomedical research centres across the UK are also supported by the Government to ensure they can continue their essential work.

Alzheimer’s Society funds three Centres of Excellence for dementia care research at Newcastle University, University College London, and the University of Exeter, where researchers work on ways to measure and improve quality of life, provide evidence-based training for family and professional carers and access to post-diagnostic support.

We are calling on the Government to use the Moonshot funding to build on this success by introducing three more Centres of Excellence which will focus on the biggest challenges faced by people affected by dementia, such as implementing research findings into practice.

4. Develop a Longitude Prize for dementia

New care technologies also have the potential to support people with dementia to live independently at home for longer. These include methods for tracking health and behaviour that can help prevent a small problem like a minor infection from becoming a large problem that requires significant medical intervention, improving quality of life for people with dementia and reducing costs to the NHS.

Information from these technologies can potentially also be used to better understand the ways in which dementia tends to develop.

We are therefore asking the Government to work with medical research charities such as Alzheimer’s Society to fund a Longitude Prize for new technologies that can help people with dementia to live independently for longer.

Even before the pandemic, there was a leaky pipeline from the end of the PhD to the first permanent contract in academia in all fields of research including dementia.

Today there are many more early career researchers looking for postdoctoral positions than there are positions available, which forces out talented researchers into other fields or away from research altogether.

Coronavirus has only sharpened these problems, with many researchers unable to collect data or access the levels of support and supervision they would usually have. Many are concerned that this delay to their work has left them uncompetitive compared to others who were lucky enough to be able to carry on with their research.

We are therefore calling on the Government to use the Moonshot to establish a specific fund to support clinical and pre-clinical postdoctoral research positions in dementia.

6. Work with the NHS to ensure that people affected by dementia can take part in research if they wish

Many people affected by dementia place a high value on being able to participate in research but are often not aware of how they can do so. Research participation is not routinely offered to people with dementia in much of the NHS.

While Join Dementia Research (JDR) has helped some people take part in dementia research, there are challenges to using the online system and just 2% of people with dementia in England have signed up to it.

We’re calling on the Government to provide funding to update and improve JDR and work with NHS authorities to maximise the success of JDR by making it to an opt-out model and by integrating it with electronic patient records.

However, around two-thirds of people believe they cannot reduce their risk of dementia.

We’re asking the Government to launch public information campaigns to increase the public’s understanding of dementia and actions they can take to reduce their risk.

Over the coming weeks and months, Alzheimer’s Society will be working with the APPG on Dementia to take this report and its recommendation to government.

We’ll be using this report to support influencing work encouraging the Government to bring forward the promised ‘Dementia Moonshot’ funding. Debbie Abrahams MP and Baroness Greengross will be seeking to have the report debated in Parliament in the autumn, where they’ll be able to put the recommendations directly to a Minister.

Please do keep watch for how you can support our influencing work on this important topic by following @APPGDementia on Twitter.

We teamed up with NIHR Dementia Researcher and early career researcher Dr Sarah Ryan who gave evidence at the inquiry to create a podcast about the APPG on Dementia report. We discuss how an APPG inquiry works, more detail on the policy recommendations above, and how the report can be used to affect dementia research policy in the future.

For researchers
Back to top