A focus on Alzheimer's Society youth engagement work, Oasis Academy Isle of Sheppey are working towards a dementia-friendly academy.

In April 2014 a group of students from Oasis Academy Isle of Sheppey wanted to do some work with people who were living with dementia. A meeting was arranged between the school and Barton Court Nursing Home to discuss how they could work together.

This was a great starting point for students aged between 11 and 19 to play an active role in the local community. 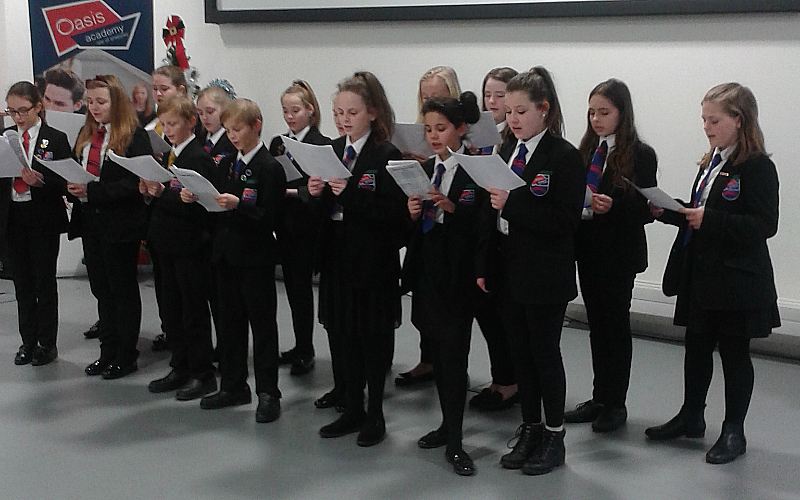 The students started to visit Barton Court on a Sunday and worked with the residents who had dementia. In September they were invited to a dementia conference in Dartford and they decided that they would speak on ‘A Young Persons View of Dementia’.

One of the students engaged in conversation with 30 adults on what the school wanted to achieve. It was from this meeting the Oasis Academy Isle of Sheppey Dementia Café was born, which would be held at the school and offer residents entertainment and tea.

Setting up and celebrating the dementia café 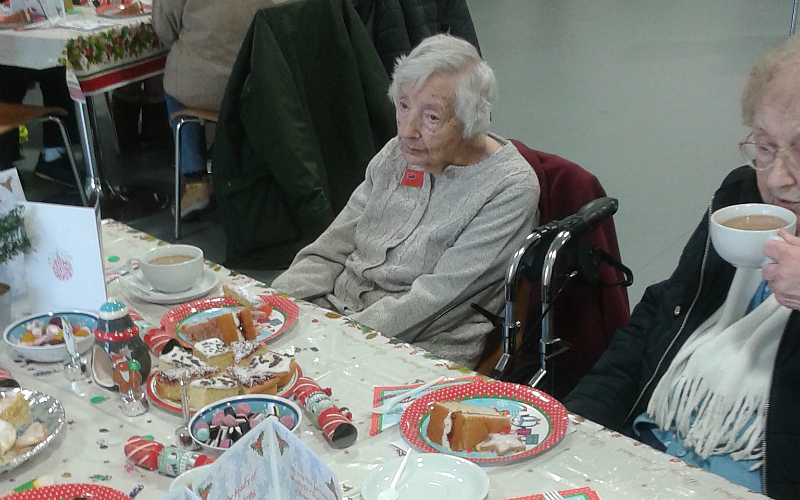 One of the students put together a bid that she sent to various people and organisations and as a result of this she received some funding to run the cafés. Around the same time the school had made contact with the NHS and they were asked to trial some materials for Key Stage 3 around its on-going work on dementia.

They hold one café every term and the first café brought in over 30 guests! February 2016 saw the turn of the school’s anniversary – the school held a dementia tea party that was part of a day of celebrations. They had the Welsh Male Voice Choir and the Glee Club from school to entertain the guests. As usual the mayor and local primary school children attended.

Engaging with the local community 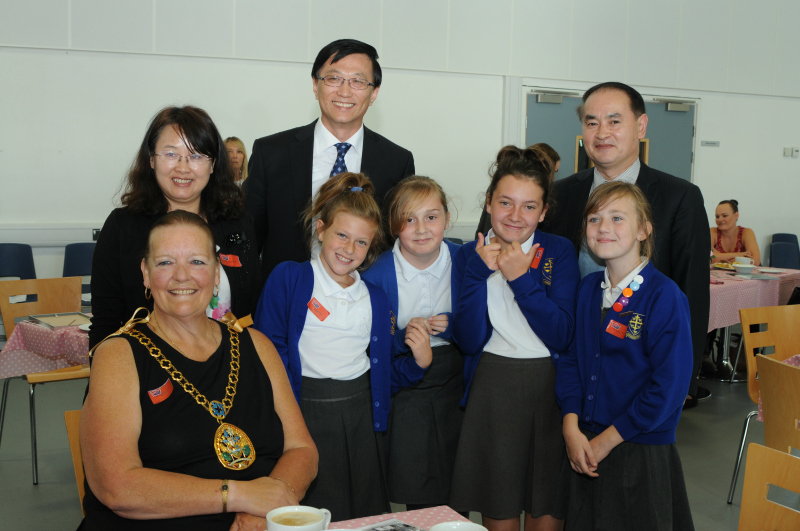 The school aims to cover the whole of Swale in Kent. The main area they try to support is the Isle of Sheppey but the school also works with people in Sittingbourne and Faversham, and all areas in the Borough of Swale. As part of the school’s commitment to become a Dementia Friendly Academy they held a Christingle Service. Guests enjoyed afternoon tea and watched a nativity play performed by St Edwards Primary School.

The school has since developed fascinating links with Peking University Institute of Mental Health and was visited by 12 delegates to see the work the school are doing around dementia. To have the Chinese delegation visiting the school to see how they do things is surely an added endorsement for all the hard work done by everybody at the academy.

During Dementia Awareness Week, visitors enjoyed a game of bingo, singing by St Edwards Primary and performances by the Year 10 GCSE Dance group. The newly elected Deputy Mayor, Cllr Colin Prescott, was first in the queue to enjoy a hand massage by the Health & Beauty students whose soothing and relaxing skills were highly sought after by guests. The delicious tea and cakes went down a treat and each group were presented with a cheerful springtime gift box to take home.

Community Coordinator, Paul Murray, said: ‘We always look forward to these afternoons; our students work hard planning and preparing the event each term and we are really proud of their commitment and enthusiasm in ensuring our visitors have an enjoyable time.’

What a wonderful initiative that needs to be replicated in other areas of the country.