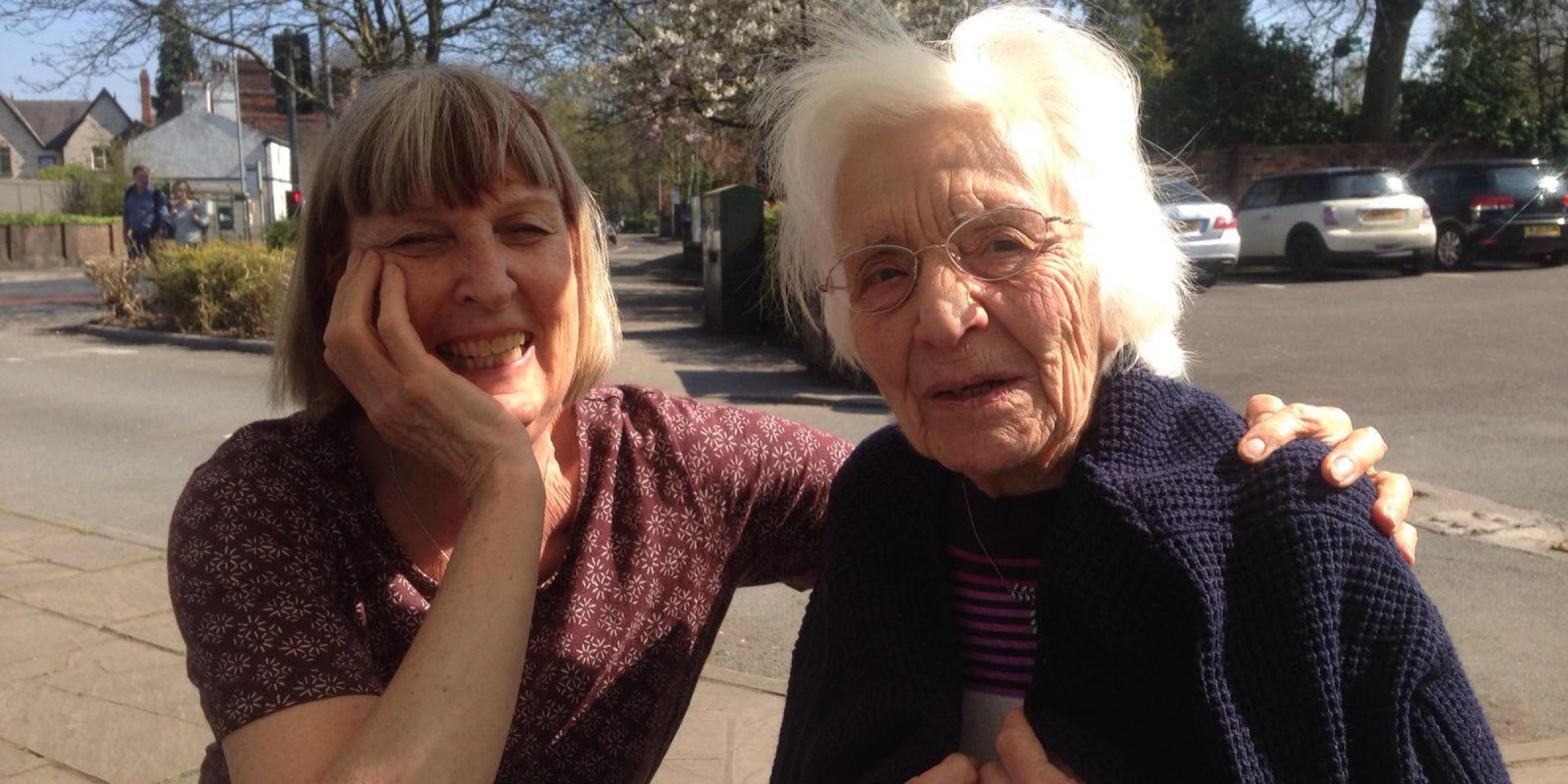 Ma is the mother of Dilly’s husband (Mr B), she was diagnosed with dementia in 2012. Ma agreed to let Dilly write about the family's life and experiences in the Life with Ma series.

My daughter has had a baby, so we phone Ma to tell her the news.

She sounds delighted: ‘Ooh! Not many of us get to be great-grannies, do we?’

Do we know the name? We tell her. ‘Hmm, he’ll be known as Freddie. But don’t tell them I don’t like the name.’

We remind Ma that they revealed the baby’s name on our last visit and she made it clear that she was very much against it then.

Asked for an alternative, she had suggested Brian. Yet later that day, when my daughter asked about calling the baby Brian, Ma was equally adamant that this was a terrible name.

Ma continues to live as well as she can with dementia. Aside from her forgetfulness and inability to cope with much on her own, she maintains many long remembered skills.

She washes and dresses herself in her usual stylish clothes, and reads ‘instructions for the day’ on the big whiteboard in the kitchen. She’s a late riser, and she’s rarely up before noon. The recent high temperatures don’t seem to bother her, as she’s always been a fan of sunshine.

We really appreciate Ma’s ‘fighting spirit’. She was always one to make pronouncements on whatever she felt was right or wrong, and she is still capable of glaring at us and telling us off, however strange we might find her reasoning to be!

Life with Ma also features in Dementia together magazine, which you can subscribe to.

Life with Ma
Back to top

Dementia is a living death, we all need to lobby for the green paper to make positive improvements in both the practical and financial issues. Dementia is an illness, as sure as cancer is, why are sufferers treated so differently?

Ma’s Sense of humour seems to help enormously, my mother in law says the same ‘I can’t remember and that’s it’. How true but it’s such a shame so many folk have this horrible disease. Long may Ma’s opinions be there for all to hear, it means our loved ones are still with us.