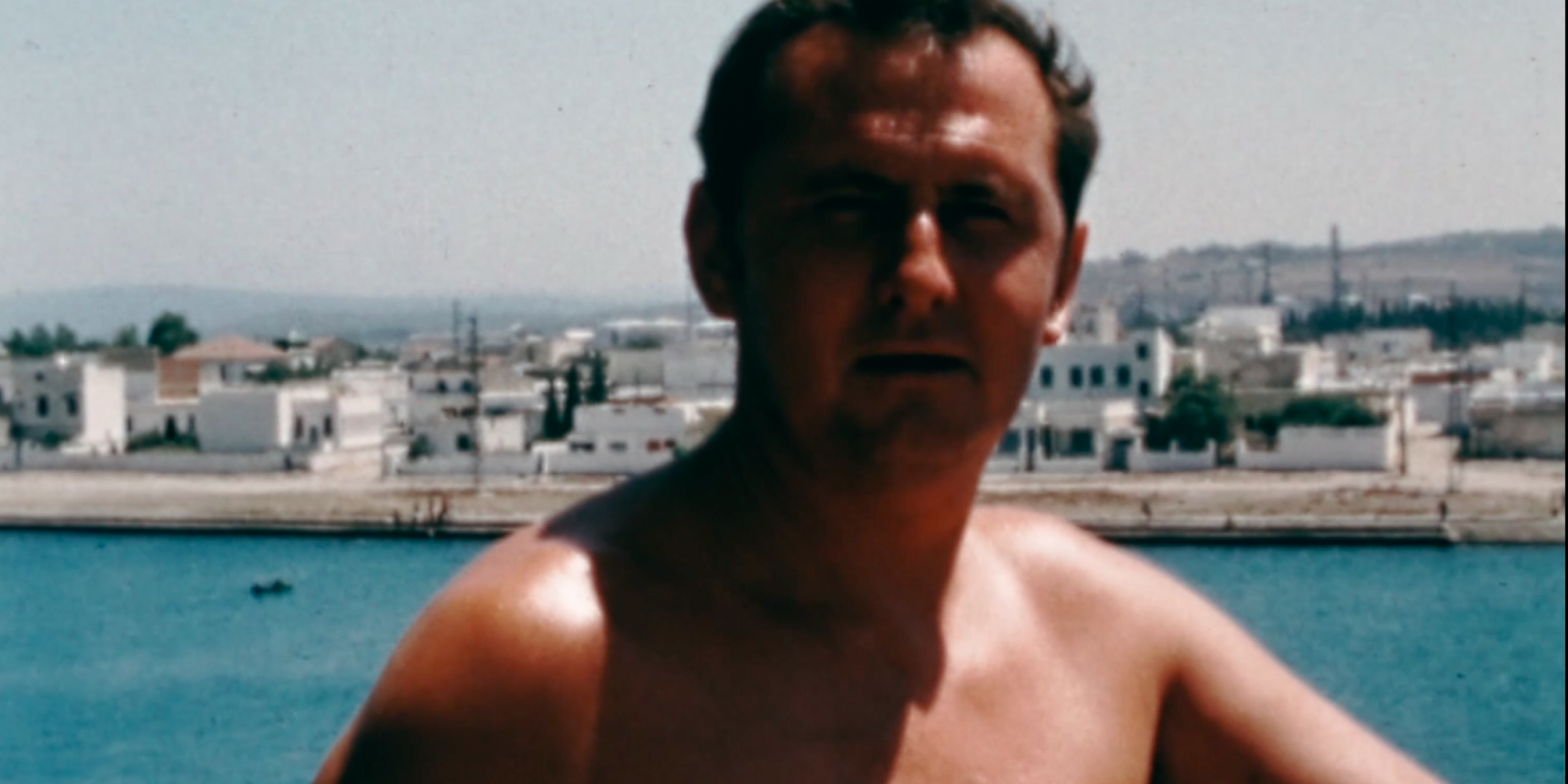 Following the passing of his grandfather, David found his old film reels and created a short film, which was broadcast by the BBC. David reflects on their relationship before dementia, and how the condition affected his grandfather in his later years.

After my grandfather passed away last year, I found a collection of his old 8mm film reels.

For the last years of his life he experienced the degenerative influences of Alzheimer’s disease, moving through stages of increasing memory loss and confusion.

‘I wanted to better understand the changes in a person’s imagination, perception and well-being whilst living with the changes of memory loss.’

The discovery of his films opened up a medium that I felt comfortable in, but a subject that was ethically and emotionally uncomfortable.

I decided to create a film from his old footage. When I first started the project, lots of (unhelpful) advice had advocated that I appeal to the emotive nature of such a subject as part of a demonstration of how healing art can be in such circumstances.

Whilst lots of important research has shown the significance of art (and most often music) in improving aspects of memory and wellbeing, I didn’t want to pretend that I had envisaged my exploration of film and memory, and my grandfather’s life, as a therapeutic or instructive tool.

He had been a man that, as I was growing up, was never easy to get along with – often seeming frosty and distant, or with a sense that he was quick to anger. He could be witty and charming, but these sides usually emerged after a period of social thawing.

From what I know, he used to be a bit of a socialite - someone that would relish the vibrancy of a new city, of night-life, dancing and jazz.

There were moments when, usually at Christmas, I would catch a glimpse of this previous persona – eyes that could twinkle in the conspiracy of an anecdote, or a surprising jab of quick wit that leant his character a kind of authority.

Following the war, he had worked for the concrete industry in a company that experienced a boom in international efforts of city reconstruction. Consequently, he enjoyed a fairly jet-setting career in which he ‘wined and dined’ potential clients in a role that relied on professional ‘schmoozing’, lots of bars and travel. He took his camera with him, creating long amateur films of travel.

The camera was also ever-present on family holidays – an inevitable accompaniment that – apparent in footage – would quite frequently test the patience of those around him!

Changes in my grandfather

After a series of mobility issues (involving several hip-replacements) and intestinal/stomach problems (leading to the use of a colostomy bag), his behaviour slumped into a begrudging resignation.

The spirit of his energy, that which animated his job and had leant his character its confidence, was increasingly strangled by what must have felt like a premature ageing process, accelerating him into armchair stasis and a grumbling embitterment.

After an operation that hadn’t gone particularly well, it was clear his memory was starting to falter.

‘Things were receding from him: names, places, people, faces, and his own relation to time.’

I can see his small head above the too-tightly-tucked duvet, like a tortoise straining to see above the arctic-white shell of folded bedclothes. He seemed comfortably uninterested in the strangeness of this situation, all of us looking on (concerned) standing around his bed in the middle of the day. Grandma was bothering at the edges of the bed.

My grandfather then began to relate some neighbourhood gossip (several years out of date) that imparted its own kind of cruel irony on the situation.

'It was one of those moments that seemed unfairly hilarious and harrowing.'

‘You know next door? The one with all the issues, he’s practically bed-bound now! Imagine. In his bed, all the time. And, insult to injury, the poor bugger can’t remember a thing. Tucked up and not the foggiest. It’s sad really.’

Unwittingly describing his own situation with a kind of incredulous zeal, as if sharing a particularly juicy rumour. Thing was, by that time he was feeling far more content. The memory loss had more or less reached a plateau of forgetting, in which the ignorance of certain details no longer created a painful absence but instead the calm presence of a different reality.

The digitized and re-edited film reels were broadcast by the BBC last year. Each film has the trace of happening. The recording of movement and light as chemical memory. Over time celluloid disintegrates, the image warps and, like synapses in the brain, the memory begins to slip.

You can watch David's five minute film, Light Noise, on the BBC website.

Relationships and Family, Changes in behaviour, Memory problems
Back to top