Delirium is a common, serious but often treatable condition that starts suddenly in someone who is unwell. Read about the symptoms of delirium, who gets it and how it can be managed.

What are the effects of delirium?

It causes a person to become easily distracted and more confused than normal. Delirium can be very distressing for the person and their family.

Delirium is different from dementia. For someone with delirium, symptoms come on over a matter of hours or a few days. The symptoms of dementia come on slowly, over a period of months or even years.

Delirium is much more common in older people, especially those with dementia.

The symptoms of delirium will start suddenly and may come and go over the course of the day. They can be worse in the evening or at night. A person with delirium will show some of the following changes. 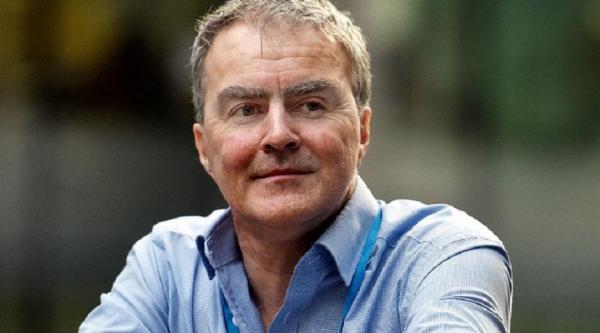 Real stories
Ian Holloway was completely unprepared for the effects of urinary tract infections and delirium on his late father. Gareth Bracken from Dementia Together magazine speaks to a son who hopes his difficult experiences will help others.
26

In many older people, and especially those with dementia, delirium causes them to be abnormally withdrawn and sleepy. This is known as ‘hypoactive’ delirium and it can easily be missed or mistaken for depression, even by a health professional.

Sometimes delirium makes a person abnormally alert, restless or agitated, and possibly even aggressive. This is known as ‘hyperactive’ delirium. The person may have hallucinations (seeing or hearing things that aren’t really there) or delusions (strongly believing things that are not true, for example that others are trying to harm them). People can also alternate between hypoactive and hyperactive delirium over the day. This is known as ‘mixed’ delirium.

If someone develops any of the symptoms mentioned above they should see a doctor urgently to find out the cause. Someone who knows the person should go along with them. They should tell the doctor that these symptoms are not normal for the person.

This is particularly important if the person has dementia. Someone can have both delirium and dementia. It can sometimes be difficult to tell what is causing a person’s symptoms. This is because some of the symptoms of delirium (for example confusion, agitation and delusions) can be similar to the symptoms of dementia, but there are important differences.

Delirium starts suddenly (over a period of hours or days) but dementia does not. The symptoms of delirium will also vary a lot over the day, but those of dementia generally don’t. The exception to this is dementia with Lewy bodies, which has many of the same symptoms as delirium.

Other symptoms of dementia

Dementia can cause a number of different symptoms. Here we explain some of these changes and suggest practical ways to manage them.

Delirium is common, but it is under-diagnosed. It is known that 20 per cent of older people in hospital have delirium. Among people with dementia in hospital, this figure is much higher. Delirium also develops in many people in care homes and a few in their own homes.

It is not always clear why a person gets delirium. It is usually the brain’s reaction to an underlying medical problem. This could be an infection, such as a chest infection or a urinary tract infection. Delirium can also be caused by severe illness, surgery, pain, dehydration, constipation, poor nutrition or a change in medication.

Anyone can get delirium, but the following factors put people at higher risk:

Dementia is the strongest risk factor for delirium, and the risk of getting delirium rises as a person’s dementia progresses. This is probably because the brain of a person with dementia is much more vulnerable to the impact of infections or the other causes of delirium.

With the right care, delirium can be prevented in about 30 per cent of people at risk. Soon after a person comes into hospital or long-term care, staff should check whether they are at risk of delirium. If so, there are non-drug approaches to help prevent delirium that should be put in place, similar to those described in ‘Treatment and support’, below.

To diagnose delirium, a doctor will look at the person’s clinical history (how and when the changes developed), their underlying health and their current mental state. It is important that someone who knows the person well is able to describe how they have changed from what is normal for them and how quickly this has happened.

There are various clinical tools and tests that a doctor will use to make a diagnosis of delirium, but there are no blood tests or other lab tests to do this. Unfortunately, delirium is often missed, especially the hypoactive form of the condition.

Management of delirium is broadly the same whether or not a person has dementia. It is important to find the underlying cause and treat this (for example antibiotics for an infection).  Doctors may also review the person’s medication and stop any drugs linked to delirium.   They will also make sure the person is free from pain, properly hydrated, well nourished and that their blood has enough oxygen in it. Delirium will usually improve if the underlying cause is found and treated.

A supportive and calm environment can also help someone recover from delirium. This includes:

The person’s family and friends have an important part to play in their care. They, together with nursing staff, can help by talking calmly to the person in short clear sentences, reminding them where they are and providing them with reassurance. It also helps if those close to the person bring in personal objects, such as photographs, from home.

Drugs should not routinely be given for symptoms of delirium. They should be considered only if the person’s behaviour (for example severe agitation) poses a risk of harm to themselves or others, or if hallucinations or delusions are causing the person severe distress. In either case a doctor may try a low dose of an antipsychotic for a few days.

The symptoms of delirium usually get better over a few days to weeks.  However, delirium usually means a person will have to stay longer in hospital. It can have lasting consequences after the condition has been treated too.

These complications are more likely after delirium but they are not inevitable. However, they do mean that it is important to be aware of delirium and work to prevent it where possible.

From the April/May 2017 issue of our magazine, read about Ian, who was completely unprepared for the effects of urinary tract infections and delirium on his late father., and now hopes his difficult experiences will help others.