Research
Can artificial intelligence help us to understand and treat dementia?
Blog

A new artificial intelligence programme, AlphaFold 2, has been described as a breakthrough in the ‘protein folding’ problem. Researchers Dr Karen Marshall and Prof Louise Serpell explain what this means for dementia research.

The company DeepMind recently announced a breakthrough in solving ‘one of the biggest challenges in biology’. Its new artificial intelligence (AI) programme, AlphaFold 2, looks to solve the ‘protein folding problem’, and this could have big implications for dementia research.

Just how big a breakthrough this is varies between media reports – from ‘a gigantic leap’  (Nature) to 'cracks' (the Guardian), and all out 'solves' (CNBC). It’s clear that proteins are at the very heart of dementia research and it was thrilling to hear this was making waves in the public domain. It certainly is unusual to hear mention of ‘protein folding’ on Radio 4 primetime!

But what is protein folding... and misfolding? And what has DeepMind achieved?

What is protein folding?

Proteins are the building blocks of life and central to every process that our body performs. They convert our food to energy, keep us free from disease and enable our movement, to name but a few functions.

3D shapes are essential for proteins to carry out these functions. Proteins are long chains of linked amino acids, which we can imagine as different beads on a string. This chain has to fold up into a specific 3D structure so it can do its job.

Importantly, each sequence of amino acids should ''code' for a specific 3D structure – one sequence, one structure.

There is still a huge amount that we don’t know about how a chain of amino acids dictates the final 3D structure; this is the ‘protein folding problem’.

What has DeepMind achieved?

What DeepMind has achieved with AlphaFold 2 has been rightly hailed as a huge scientific advancement.

What they have done, with a far higher success rate than was possible before, is correctly predict the 3D structure from the chain of amino-acids alone. Or, to use our metaphor, from the order of the beads on the string.

AlphaFold 2 uses AI and machine learning to predict these structures. This technology could really speed up the design of drugs that are developed based on the protein structure.

The information contained within a protein’s structure is about more than defeating diseases too. It can also tell us about the very nature of life itself, how living organisms evolve and survive.

Not there just yet

The predictions made by AlphaFold2 are impressively accurate, but it won’t replace traditional methods yet. Although the programme did really well at predicting a lot of structures, it wasn’t perfect. Some predictions it generated did not match the gold standard.

The programme itself also needs a lot of computing power, so isn’t available to researchers across the world.

There are still many proteins for which the structure is unknown. While AI might be able to accurately predict these, they will still need to be checked by other methods.

What does all this mean for dementia research?

In conditions like Alzheimer’s disease, specific proteins misfold and form clumps, tangles or fibres that deposit in the brain.

Researchers have shown these clumps, tangles and fibres to be harmful to cells and may cause brain cells to die. This leads the disease to progress and symptoms to worsen. 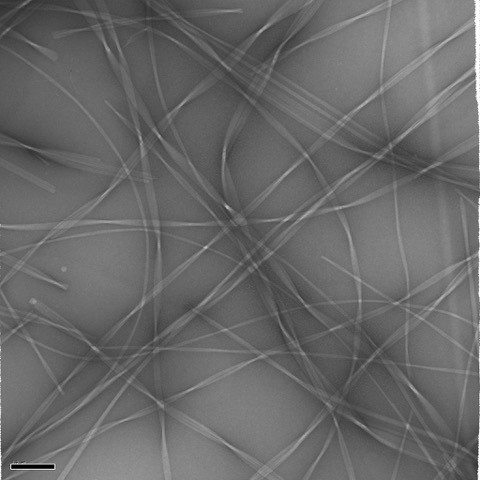 What causes these proteins to misfold rather than find their correct structure and how this is linked to the disease remains unclear. But if AlphaFold 2 can predict correct protein structures, then one day it might be able to predict misfolded protein structures too. Most importantly, it may pave the way for us to understand how they misfold.

'If we know this, it could be possible to design drugs to stop misfolded proteins and prevent them causing harm.'

AlphaFold 2 are ahead in protein structure prediction by leaps and bounds. But they have not solved the protein folding problem just yet. It will be some time before the complex nature of protein folding, and misfolding, are truly understood, but DeepMind’s research takes us a few steps closer.

Alzheimer’s Society funds research into the cause, cure, care and prevention of dementia. If you're able to, please donate to support our work.

Treatments and Therapies
Back to top