Testing the safety and effectiveness of new dementia drugs

New drugs go through long and complex testing to make sure they are effective and safe. Research Communications Officer Jess Smith sheds light on a process that is often confusing.

The media often reports on hopeful new treatments for dementia, and recently also about drugs that have proved disappointing in later trials.

Since there is still a lot that is not understood about dementia, scientists have to do much work to investigate what happens within the brain before they can even begin developing a new drug.

When a potential drug is developed, it needs to be tested thoroughly in the laboratory before seeing if it works in people through clinical trials.

A randomised controlled trial is the best way to test whether and how well a treatment works. People are assigned randomly to two or more groups. One group is given the trial drug and another - the control group - a placebo or 'dummy pill'. This is to be sure that any changes seen are due to the drug and not for other reasons.

Some trials use an existing treatment in the control group instead of a placebo. For example, we might not only want to see whether a new drug works in someone with Alzheimer's disease, but also if it works better than donepezil (Aricept).

To make the results as accurate as they can be, people are not usually told whether they are getting the trial drug or if they are in the control group. If possible, the scientists running the trial will not know either. The idea is to remove any possibility of bias, no matter how accidental. Only the people who analyse the results at the end will know which treatment people were given, and even then all of the information will be anonymous.

Clinical trials consist of several stages or 'phases'. A drug can fail at any stage, which makes it difficult to get through the whole process. Each phase uses more participants to gain a better understanding of the drug, its benefits and its side effects.

Only a few, healthy people take part in phase one trials, which test the basic safety of the drug. If the people who take part in this stage of the research process are able to take the drug without any major side effects then the trials are allowed to continue.

Phase two involves people who are affected by the condition being treated. This tests the drug's safety, looking for side effects and less serious reactions, but also begins to measure its benefits.

It uses more participants than phase one, but not enough to determine if a drug really works (it may only involve a dozen or so people in each group). Based on these findings, scientists will decide whether it is worth continuing with the trial. For example, if very slight improvements are accompanied by quite serious side effects, the costs may outweigh the benefits.

Most drugs fail in phase two clinical trials, so only the lucky few make it into phase three. Earlier this year it was announced that a potential new Alzheimer's drug called intravenous immunoglobulin (IVIG) had passed phase two, and so phase three trials are now underway.

Phase three trials recruit many more participants than previous phases, sometimes up to thousands. They can run for years, but at the end it should be possible to see whether or not the drug provided a noticeable benefit to the people who took part.

Two potential new drugs for Alzheimer's - bapineuzumab and solanezumab - both recently had disappointing results in phase three trials, and so their development will be greatly scaled back.

If a drug passes clinical trials, the company will apply for a licence for it to be prescribed in a particular country. They can apply to the MHRA for a UK licence or to the European Medicines Agency for an EU-wide licence.

Most NHS services will then require the drug to be approved based on its benefit and cost effectiveness. This is done by various bodies in different parts of the UK, including NICE.

Even after a drug is being prescribed it needs to be monitored. There may be things that were simply not seen during trials or which only become apparent after a long time in certain groups of people. If side effects are severe, a drug might be removed from the market or the guidance for its use changed.

Hope about future treatments for dementia is a key aspect of Alzheimer's Society's vision of a world without dementia. Because it's also important to make sure they really do work and are safe, the process of developing new drugs is unfortunately long and complex.

Find out more about clinical trials that are being conducted for dementia research. 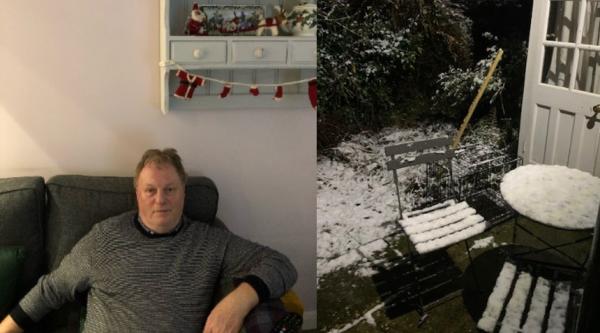