From the August/September 2016 issue of our magazine, members of an activity group in south east London try out specially designed radios and music players. 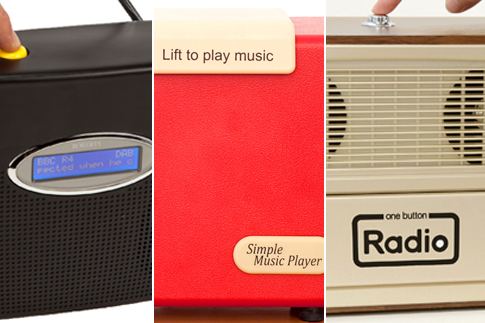 Music can be a great source of entertainment, joy and reminiscence for people with dementia. We visited a popular activity group in south east London to get their feedback on two radios and a music player that are available in our online shop.

The weekly group in Crayford offers a number of activities for people with dementia and their carers to enhance their physical and mental wellbeing.

It was one of the more lively feedback sessions, with music and dancing aplenty as our product testers warmed to the devices on offer.

The Simple Music Player might look like an old-fashioned radio, but it actually plays music that has been loaded onto it. Music plays when the player's lid is lifted, and a large button under the lid can be used to skip to the next track. 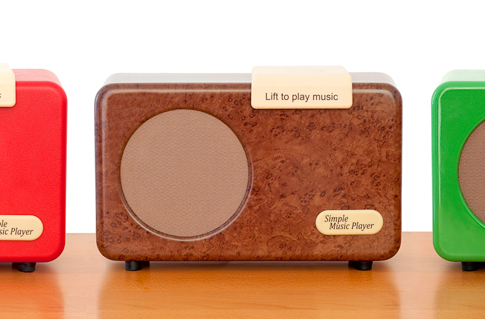 Music MP3 files are loaded onto the device using a USB cable, which is included. The volume isn't easy to change accidentally, and the player is sold in red, green or walnut finishes.

Ray said that lifting the lid to play the music 'couldn't be much easier', while Pat added that closing the lid to stop the song immediately was also handy. They both agreed that the Simple Music Player was their favourite product of the three.

The player comes from the manufacturer with pre-loaded music and, although this is designed to be replaced with your own choices, the pre-loaded tracks proved very popular.

'You get music all day? Wow! I'd be dancing around if I had that'.

Some of the group were indeed dancing in their seats, while Ray took things a step further by getting up for a dance with his wife Elaine.

The One Button Radio is a simple AM/FM analogue radio with a retro look. Its magnetic front panel can be removed to set a preferred radio station and volume. When the panel is replaced, the radio can then be turned on and off by pressing the single button on top. 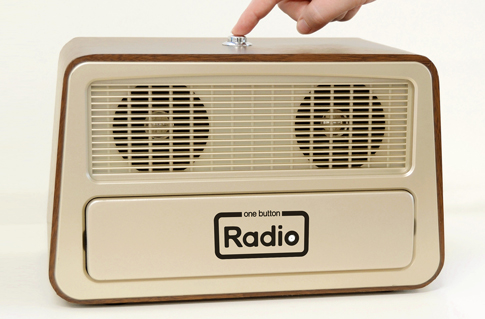 Olive said that having one on and off button made things easier, while she found changing the station and volume straightforward too.

Pat said he liked the device and would feel confident using it. After successfully changing the station he announced to everyone,

Ken agreed with Olive and most of the group that the One Button Radio was the nicest looking device of the three on show.

The One Button Digital Radio is a portable DAB radio featuring a single on and off button. Once the device is set to a station, volume and tone of choice, a secure cover is placed over it. This means that all the person listening to it has to deal with is the yellow on and off button on top of the device. 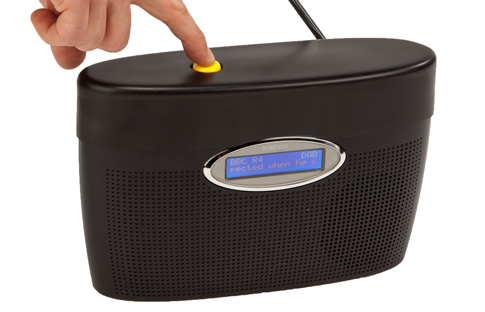 Ray appreciated the simplicity of this radio, and others agreed that the 'one button' style devices were easy to use. Pat said the instructions for the product felt manageable.

Ken liked the look of the One Button Digital Radio, though he didn't think it was the most attractive of the three products on show. In terms of how the devices looked, the group as a whole preferred the more retro designs.

The One Button Radio is £49.99 and the One Button Digital Radio is £91.66, while the Simple Music Player is £97.50 in red or green and £124.99 in walnut. All prices are plus VAT, though people with dementia or other long-term conditions do not have to pay VAT on the digital radio or music player.

Dementia together magazine, Music and Singing

At our centre in Nottingham and Worcester, the team are looking for evidence-based ways to live well with dementia through the creative arts.

A world in your ear: Podcasts about dementia and caring 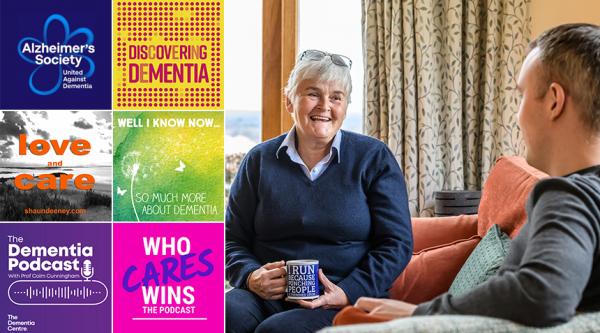 Information
Interviews and conversations that you can listen to online or subscribe to listen on podcast apps.
0