Dr Mel Hall is an Alzheimer’s Society funded researcher at the University of Sheffield. Here, she tells us about her project which is looking at the impact dementia has on children when their parent is affected.

Children and young people’s voices tend to be overlooked in society and many academics are dedicated to changing this - I am one of them. I have been involved in a number of projects regarding children’s lives. When I saw the advert for a Research Associate for the Alzheimer’s Society funded study ‘The perceptions and experiences of children and young people with a parent with dementia’, with Pat Sikes at the University of Sheffield, I knew I had to work on it!

It seemed like such an important project to work on. I was surprised to learn that dementia was an issue that could affect children and young people; like many people, I thought that dementia was something that happened to grandparents, not parents. I was saddened to think that young people could go through this, without support.

I wanted to have the opportunity to meet with people to hear their stories, raise awareness and develop support. Pat thought that my previous research experience and approachability made me well suited to the project. 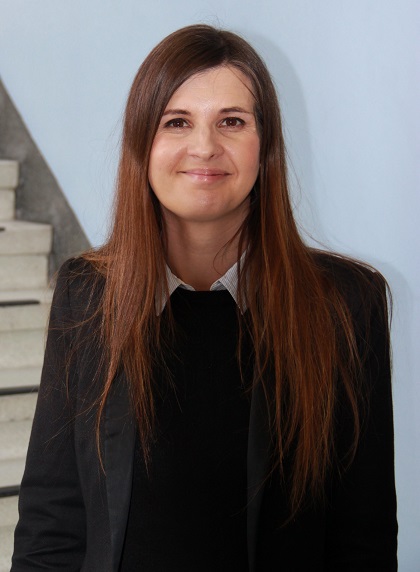 Over the course of the project, I have met several times with 22 children and young people, many of them were teenagers and some were as young as 8. They told me honestly and emotionally about their parents’ illness and how it has affected them. I also met with young adults, for example, those who were at university or had left home when their parents were diagnosed. Some had grown up with a parent with dementia and were now adults.

The people that I spoke to really wanted to help others going through the same thing they were. They told us how their parents’ dementia affected their lives: their time at school, friendships and relationships, and emotional and physical health. They spoke of the sadness over the changes to their parent and their families:

‘Dad grabbed my arm and he twisted it…I knew it wasn’t really him. With the frontotemporal dementia, his personality is the first thing that changes’ – Evie, 17

‘At the moment, I’m in more of like a settled phase of it but I get used to it and then Mum gets that bit worse and then I get really upset again. ….you get used to a new normal every few weeks it seems…it’s so unpredictable’ – Madison, 21

Participants often felt that their friends or teachers didn’t understand. There was also a lack of professional support, for example, carers’ groups were often held at inconvenient times. All of this led to many younger people feeling isolated, for example, Gemma, who said: ‘you just feel totally alone, you have no one to turn to’.

As a researcher, this has been the most important project I have been involved with. I have met some amazing people and to give people the opportunity to have their voices heard has been very rewarding.

We are now working to make people aware of what it is like to grow up with a parent with dementia – we have spoken at conferences and written articles for journals. Pat and two of our research participants even spoke about their experiences on the news (links below).

Our main message is that we would like to see more dedicated support for those going through this, including from the Alzheimer’s Society, schools, health and social care providers. We are currently collaborating with our participants to develop resources that will be made available online.

Research, Young-onset dementia
Back to top

I am sorry but there is no structured support for under 18’s dealing with and living with a parent diagnosed with early onset Alzheimer’s. At the time of diagnosis if children and young adults are in the family home there should be compulsory counselling and support. Living day in day out with a dementia person your daily life at a young age through puberty, exams,starting work is horrendous. Friends , schools, universities, employers etc have no idea what it is like to live with a dementia patient every hour of every day. Life is changed forever and you are alienated from society, friends not only socially but financially too. Such families should not be subjected to the financial Assessments, means testing these families need help. The children and young adults in the home need help . They should have access to free day care and eventually care homes to provide some normality in the home.
Sadly this doesn’t happen and the children end up with severe mental health issues, fail at school and lose their sense of self worth and point of life. It is incredibly hard as a child to live this life . ... And no one listens no one understands ... the money/ cost of care will not be paid for by councils if the family has in excess of £23250 in assets despite the psychological needs of the children. It is disgraceful.

You say "We are currently collaborating with our participants to develop resources that will be made available online." Have you produced any online resources? There seems to be very little online support for under 18s.

Hi Anns, thanks for your comment.
We have a range of resources aimed at schools and youth groups which can help teach children about dementia, and how they can support people living with the condition.
You can find those resources here: https://www.alzheimers.org.uk/get-involved/dementia-friendly-communitie…
We're also developing a specific support resource targeted towards children and young people. That's likely to be available next year.
I hope this is helpful,
--
Alzheimer's Society blog team

I am so glad to know that this subject is being highlighted and that there will be research done in this area. My husband was diagnosed 6 years ago when our children were not children or even young adults, but much older, nevertheless, 'children', at 36, 32, and 28, who found it very hard to accept and deal with their father's diagnosis and were in denial, hence not very supportive in my role as a carer. They were unable or did not want to acknowledge and see their father deteriorating.
On the other hand, I would also like to highlight the impact grandchildren can have on grandparents and the grandparent who has the diagnosis. In my case, our granddaughter (now 10yrs old) has grown through the initial stages of my husbands diagnosis, while he was able to give and receive much love between themselves. Now that he has deteriorated, our granddaughter is a source of understanding him better and 'teaching' me to love unconditionally, because 'Papa' is not well, as she reasons with me and excuses his funny ways and not remembering.

Thankyou Marie. I'm sorry to hear of your experience - it's so very hard for all involved and can understandably put a real strain on relationships. Denial is very common unfortunately and I'm sorry it's been difficult for your kids - I really feel for them. I very much like the sound of your granddaughter, little ones can be such a source of comfort. Take care, Mel x