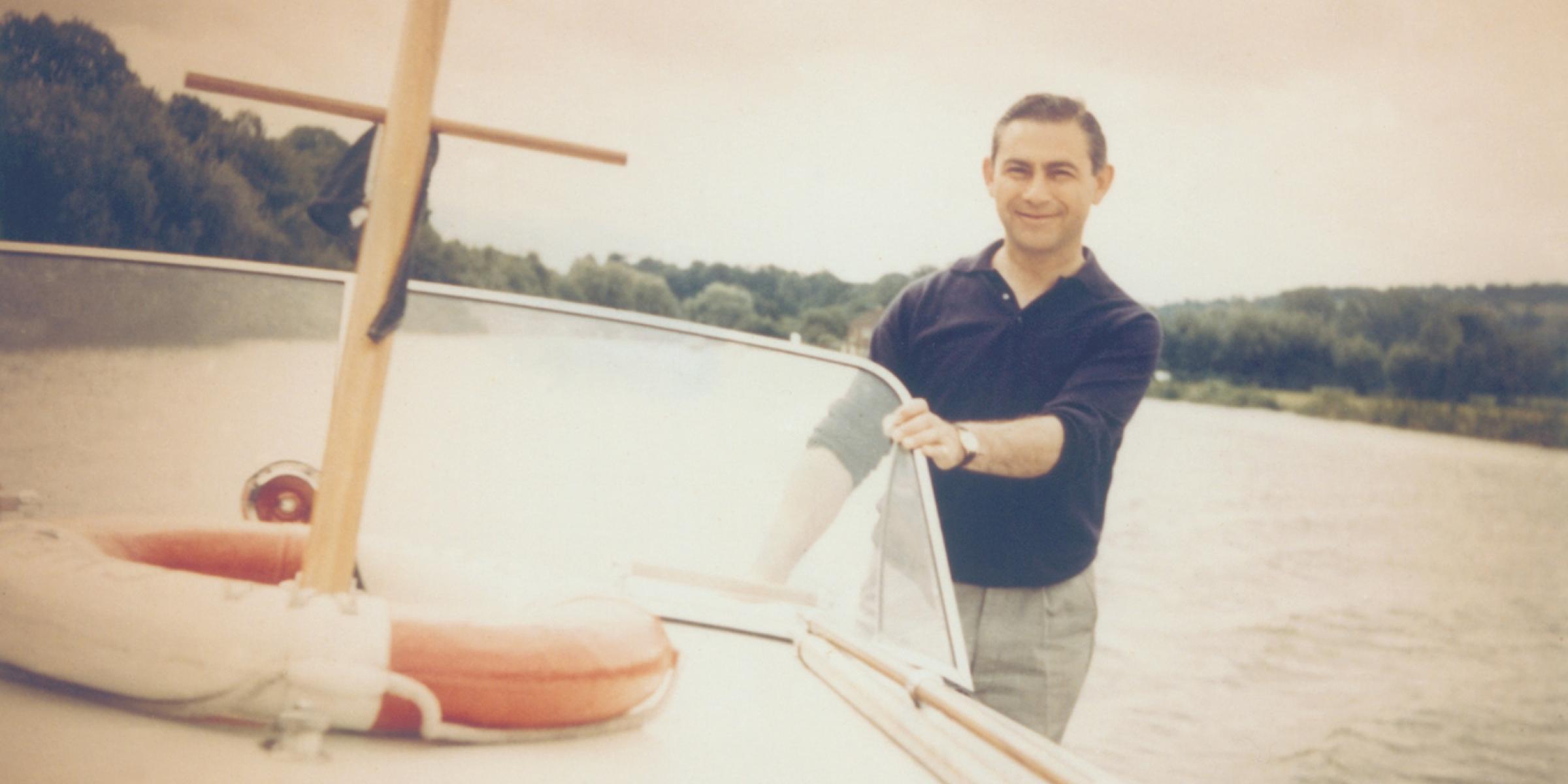 On the 40th anniversary of Alzheimer's Society, the organisation's co-founder, Morella Kayman, reflects on the difficulty of her husband's dementia diagnosis, and her motivation to help others going through similar experiences.

When I first met Lawrence, he was just a lovely, lovely guy.

He’d been in the Royal Air Force and he asked me after a very short while, would I be his girl? (Which I gather was, ‘would I marry him?’). Which I did, and we had the good fortune of having a lovely daughter, Mandy, two years later.

We were going to be an ordinary family, just enjoying life. But it wasn’t like that. 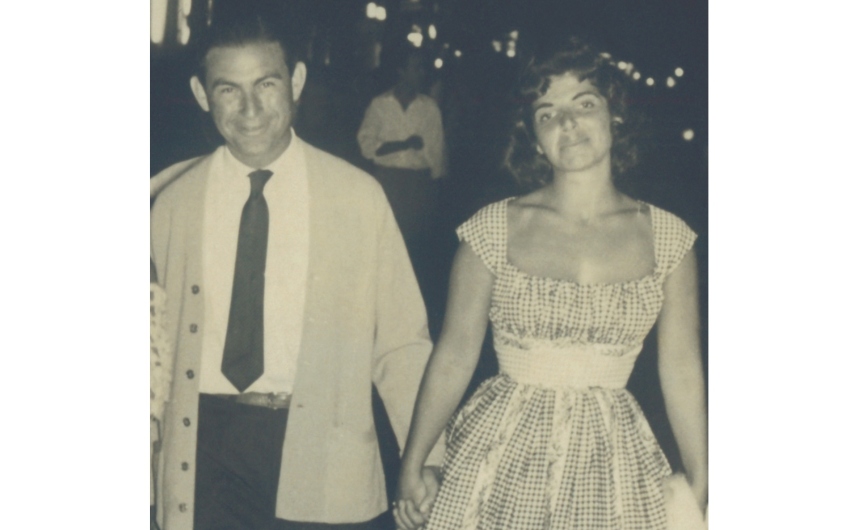 In 1969, ten years before Alzheimer’s Society was founded, Lawrence was acting strangely.

He would make a cup of tea - but it wasn't a cup of tea, it was a cup of rice; he would put the teapot in the fridge. He kept repeating himself and became very forgetful.

The doctor didn’t believe me when I described Lawrence’s symptoms.

He actually said, ‘I think you’re the one with the problem’. That really threw me. The whole experience was just terrible – it was just ignorance.

It took a few agonising years to finally get answers. In the end I had to get a friend to explain Lawrence’s behaviour to the doctor, as I felt I wasn’t being taken seriously.

He arranged for Lawrence to see a neurologist, who explained that he had pre-senile dementia, as it was known in those days.

And that was that. There was very little that could be done. At that time, dementia was something that was swept under the carpet. Nobody wanted to talk about it. 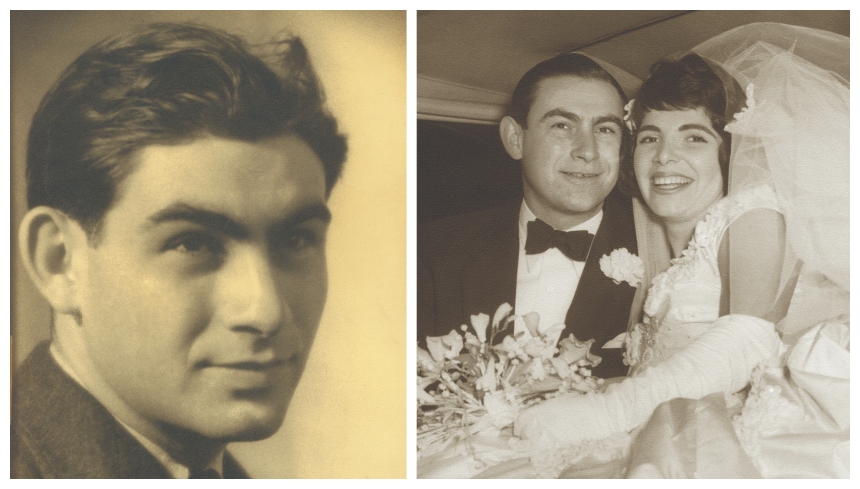 We watched Lawrence’s irreversible decline over the next few years. I felt so alone. It was affecting my business and our daughter Mandy’s schooling.

Ten years later, a place was found for Lawrence where he was cared for to the best of their ability. There was nowhere else that would take someone as young as he was.

I wanted to help others struggling with the same or similar experiences. I wanted to make sure other people would not go through what I had gone through.

I wrote to all the newspapers, and some of them printed the letter.

It was headlined ‘The Sad, Quiet Epidemic’ and it told the story of Lawrence and what we were going through and what I wanted to do – set something up to help others, and that there should be more awareness.

We got hundreds and hundreds of replies. That was amazing. Some sent money and some were desperate for help.

One letter was from a lady whose husband had just died. She’d joined up with one or two others who’d gone through what I’d gone through, and they’d managed to get the Alzheimer’s Disease Society registered as a charity. She wrote saying, ‘We need you. Will you join up with us?’

We officially began on 6 November 1979. The office at that time was my second bedroom in my flat in Hampstead, and that was how we started – from small beginnings huddled round a kitchen table to where we are today!

Looking to the future

I only wish there had been this kind of support when I needed it most to care for Lawrence.

I’m pleased and proud of all the work Alzheimer’s Society has done to challenge and change the conversation on dementia. But even 40 years on, there’s still lot of ignorance.

Until people are actually involved, unless there is a family member with dementia, they can’t know and they’re not really that interested.

I know that if we unite against dementia together, a cure could be just around the corner. That means a better future for us all – ourselves, our families and our children for years to come.

40 years and no cure yet. We need your help now more than ever.

I wonder was this wonderful lady made aware that most of the memories cafes in UK were closed down earlier this year.
They meant so much to people with dementia and their Carers!
The cafes cost £100 one morning a week to run until they took our happy time away from us!

Hi Ella,
Thanks for providing this feedback. We're really sorry to hear about your experience with memory cafes.
We don't ever close a service lightly, although we acknowledge that this can happen in certain circumstances. This could be due to a change in funding a service receives from Local Authorities, or how limited funding is spread across a range of different services. We do however recognise the value of memory cafes and activity groups for people living with dementia and carers, so this kind of feedback is helpful for us to make sure we get it right.

We'd be really grateful to hear more about your experience and views on memory cafes, so if you could submit this as a complaint that would be very helpful. You can find details of how to do that here: https://www.alzheimers.org.uk/about-us/contact-us/complaints

I'm sure you're already familiar with what services are available locally, but I wanted to point you in the direction of our Dementia Directory in case there's anything else nearby that could be helpful: https://www.alzheimers.org.uk/find-support-near-you

Please do also contact our helpline if you ever need information, advice or emotional support: https://www.alzheimers.org.uk/get-support/national-dementia-helpline

Thanks again for sharing your views - and I hope this is helpful.
--
Alzheimer's Society blog team

Thank you Morella for your efforts to bring dementia into the public eye. My husband also had vascular dementia and the society was a wealth of information and support to me.

Huge thanks to Morella for her story & the background information to the start of Alzheimer's Society in 1979.
People with a "Primary Health Need" are entitled to an NHS Assessment to qualify for Continuing Health Care Benefits. Unfortunately there are insufficient funds in NHS to help all Applicants & the Assessments designed to record the complexity to care needs may not be fair. Its essential that all Applicants are aware in advance how each of the categories are marked. If at least 2 of the 12 are marked "High" or "Severe" then NHS should provide a Budget to cover all of the costs of care , whether this is at Home or a Care Home. Local Authority Care is means tested so you effectively pay for your own care needs, although we have a Health Service which taxpayers fund !
Following the death of my Wife Pauline I have campaigned for people to get their care requirements funded by our National Health Service. Many have been successful & my website has had lots of visitors over the last few years.
Please see if you might be eligible for this valuable benefit which will remove much of the stress coping with long term health issues, its on https://continuinghealthcare.wordpress.com/
Good luck. Peter Garside

Thanks for sharing this, Peter - we hope you're keeping well.
A diagnosis of Alzheimer’s or indeed any type of dementia does not carry automatic eligibility for CHC, as much as we would like it to. Eligibility for CHC funding is never ’condition specific’ and relies upon identifying the person’s needs in line with the criteria laid out by the Department of Health.
Here at Alzheimer’s Society, we suggest that the best way for people to access NHS Continuing healthcare (CHC) if they think they are eligible or they represent someone who they think is eligible, is to inform themselves fully of the CHC criteria before the process starts.
For anyone looking for more information, our page ‘Tips on preparing your case for NHS continuing healthcare’ should prove useful (https://www.alzheimers.org.uk/get-support/help-dementia-care/nhs-contin…) - we also have a free downloadable booklet with further information (https://www.alzheimers.org.uk/sites/default/files/migrate/downloads/whe…).
-
Alzheimer's Society blog team

We started in Shropshire in 1989 30 years ago and I'm the only one left of the original group still volunteering doing a Support group and fund raising. Dementia Champion and Chair of the Oswestry Dentia group making it a better place for people with dementia to join in the Community and welcome in the shops.