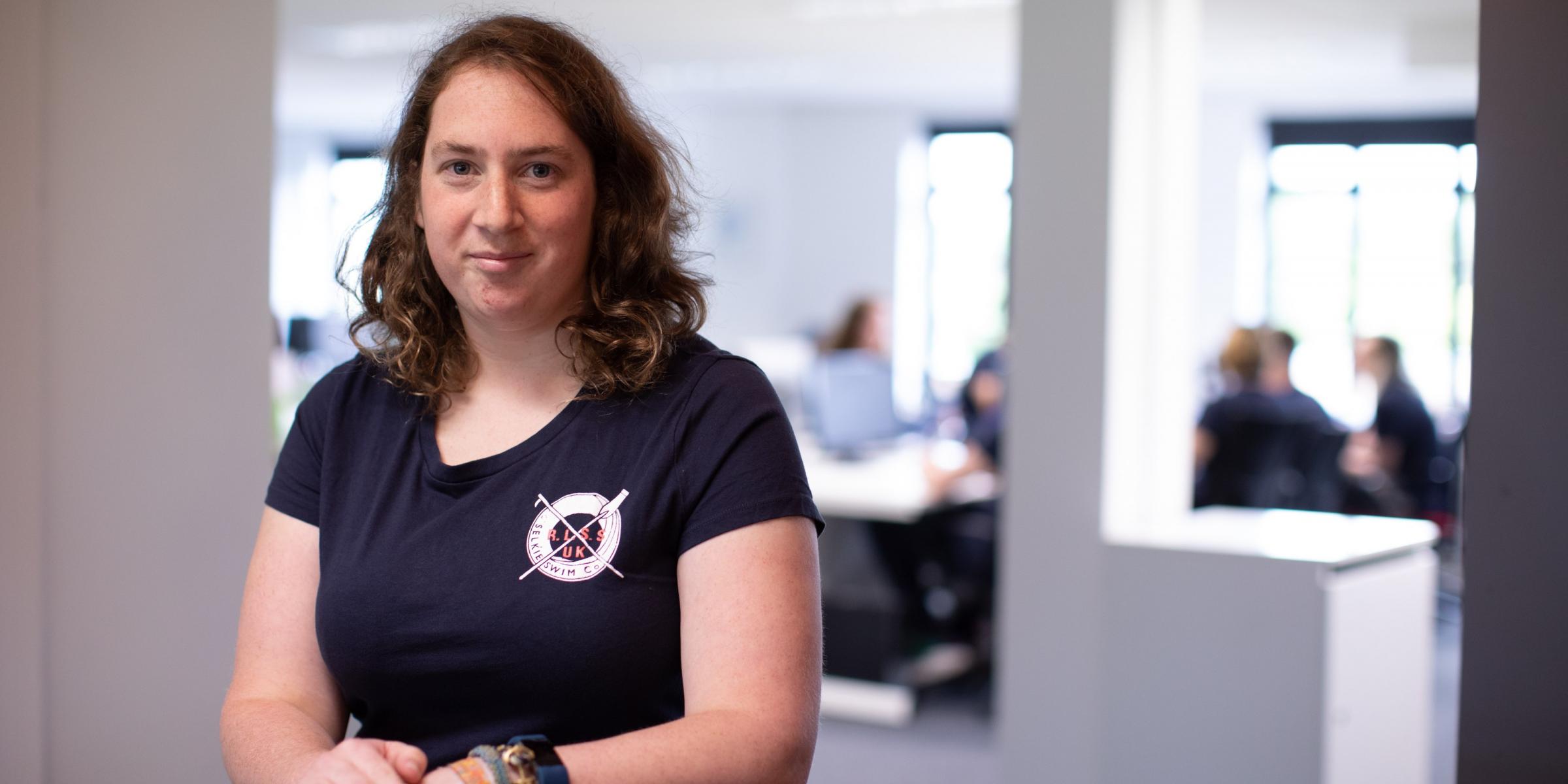 Real stories
Alice’s story: ‘Grandad greeted me as the lady that came to clean for him’
Blog

Visiting someone with dementia in a care home can be a daunting experience. For Alice, it was important to go and see her grandad, Ronald, despite knowing how hard it would be for her.

My amazing grandad, Ronald Bombroff, was diagnosed with dementia over ten years ago.

I was around 15 years old when he received his full dementia diagnosis. It was a pretty stressful time.

I already knew Grandad wasn't all there, but it took me a little while to come to terms with it. A first I found it hard to accept that the man I had always looked up to no longer knew who I was.

I still remember the first time I walked into the house and he didn't greet me as me. Instead, Grandad greeted me as the lady that came to clean for him and his wife.

‘It really hit a nerve with me, but I had to remember that to me he was still my grandad, just a bit more forgetful now.’

Growing up, I loved going to see him and spending time in the garden looking at birds and feeding slugs to the fish. I remember him picking up slugs, popping them in the pond and watching the fish go crazy for them. Yuk!

Previously, Grandad was a really active man who would hardly ever be sitting down. As much as we all tried, he wouldn’t sit still for long.

But he became someone who wouldn't want to go out. He would sit in a chair and lost his love of the outdoors. That was really hard to see.

Deciding to move Grandad into care

Your answers: After the move 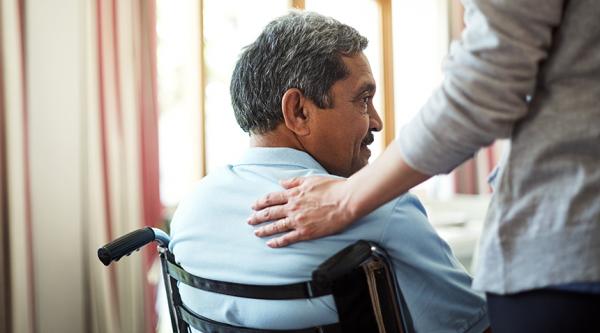 Advice
Talking Point members share advice about adjusting after a person with dementia moves into a care home.
11

Around nine years ago, it was decided that the best and safest place for him would be moving to a care home. He could be fully supported by 24-hour staff. He had started to deteriorate, and his wife could no longer cope with caring for him on her own.

For the first twelve months of Grandad’s stay, I couldn't bring myself to visit him. I found it hard to go and see him and spend time with him.

As his birthday approached, I remember asking my dad how Grandad was and if I could go and see him. My dad told me that Grandad doesn't really say much and he will look a bit different from how I remembered him.

My dad asked if I wanted him to come with me to visit Grandad. I declined because I knew I had to do this on my own. I had to be brave.

Visiting Grandad at the care home

I took Grandad some of his favourite sweets. I believe you've gotta be naughty and eat sweets, no matter how old you are!

It was a really emotional experience. I was so happy that I took that step to see him. But I was also sad to see how a man so full of life no longer looked like the man I grew up with. Inside, he was still my hero and the man I told my life hopes and dreams to.

'My grandfather's condition drastically worsened, and I was completely unprepared for it' 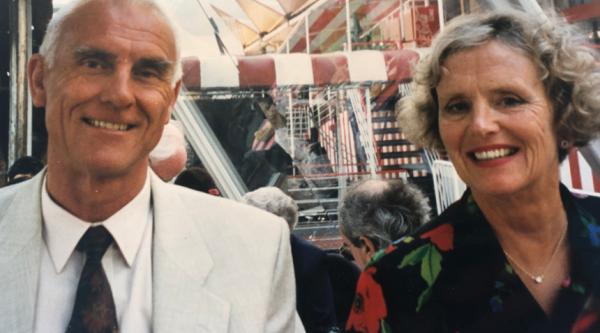 Real stories
16 year old Anders was inspired to write a poem during a visit to his grandfather's care home. Poetry helped Anders to deal with the pain he felt as he watched his grandfather struggling to communicate.
7

On visits, I would talk about what I'd been up to. I would show Grandad photos of my pets being silly, or any photos of any animal that I'd taken. I would ask him what he had been up to. He didn’t always respond, but I still asked.

I told Grandad about the stuff that would make him feel proud of me. I had loads to tell him about work and my ongoing involvement with the Scouts.

‘I try to live my life in a way that I can look back and think, “Yeah, Grandad would be proud that I've done that. He would have loved to have been there to see me achieve that”.’

I remember the moment I told Grandad about my new job offer and how excited I was that they had picked me. He squeezed my hand and smiled a little bit. It made me think that my grandad was still alive and still there.

It was such a special time for me and him. It was a moment with just us two. I'm so thankful that we had that connection and it was still alive.

My advice to others

My best advice for anyone that has a friend or relative with dementia is to hold on to the good times and the memories, and share them with those closest to you.

Don't be afraid or feel guilty about crying. Just try to hold it together while you are with them, and laugh. It is so important to laugh! Find the funny side of anything, because if you don't, you'll just end up crying and wasting precious time with them. 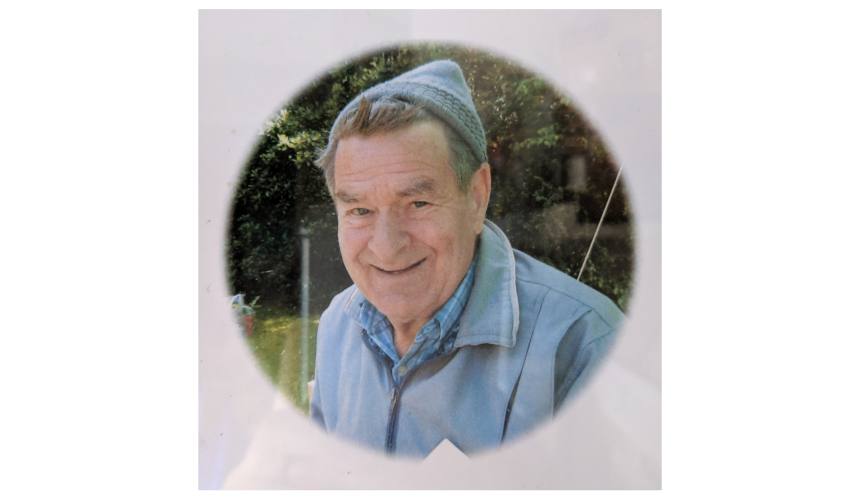 Care homes, Guilt, Relationships and Family
Back to top

My mother is in advanced AD in a care home. She has been there for five years,and can no longer do anything for herself. It has been difficult to see her decline on my weekly visits,as now, she lies immobile and silent.But on occasions,a tiny spark of the woman she was,gives you hope that she still might know who you are. Play favourite music,read books,chatter about anything and everything. But above all,laugh alot. Tell her funny stories about what your loved one did in the past. And tell them you love them; all the time,unconditionally. And HOPE. Hope that they take it in.

My dad has been dianosed 12 months ago.. so I have a lot of these feelings to come. What a brave girl & well done

I agree, looking at the funny side is a really good way to cope with the change.

Brave girl and how she loved him is an inspiration. Facing the possibility of this Facing these decisions myself she has helped me a lot.