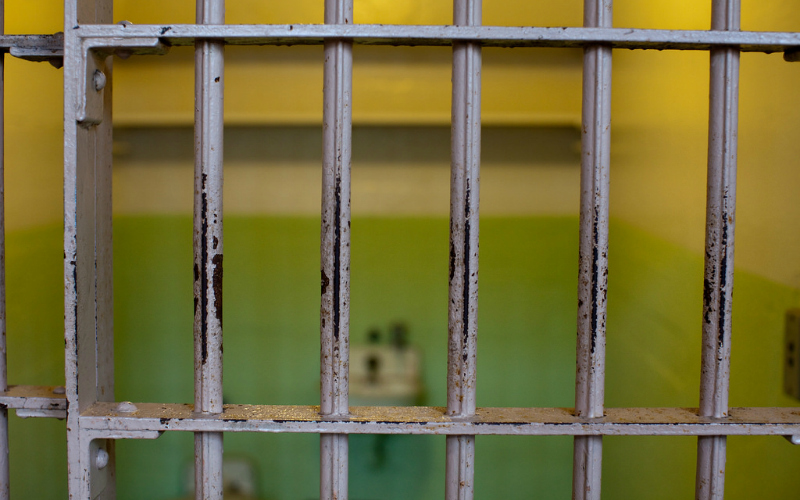 If nothing else, I'd like you to remember these three facts:

How The Prison Project started

Having been fortunate enough to receive funding from the Innovation Fund, Karen McCrudden (West London Operations Manager) and I began scoping what dementia support provision was available in prisons, with a view to capturing what the prevalence of dementia is among prisoners, the types of dementia more commonly seen and how Alzheimer's Society could most effectively provide support to prisoners and their families. Initially we focussed on HMP Wandsworth and HMP Wormwood Scrubs simply because they were in our locality, but as the project developed we were able to make strong connections with HMP Pentonville as well. Two critical findings:

Despite this there has been such willingness from all prison staff to work with us to so that they can support prisoners with dementia as best as they can.

Raising awareness of dementia in prisons

Our key aim for this year has been to raise the awareness of dementia among staff and prisoners and through doing this, increase the diagnosis rate. We have been doing this through:

Karen and I will continue to share our learning with the East Midlands team, who will be extending our work to HMP Lincoln. We have also extended our work to HMP Isle of Wight, which has a mature prison population (50 years and older) of 47% and it is suspected that a significant proportion of the prisoners may have dementia that is undiagnosed. The Society has also started to look at some of our factsheets to develop them into an 'easy read' format for the prisoners. We will also begin working with probation teams who have a critical role in managing and supporting prisoners when they have been released.

Thinking back to February 2015, when I first walked through the South West London office doors, I never envisaged that we would publish an article in a nationwide prison newspaper, or that the National Dementia Helpline would be made accessible to all prisons, or that the Ministry of Justice would set up a National Clinical Reference Group looking at the development of dementia support in prisons.

With five months left of the project, I can only be excited about the endless possibilities of how our work will continue to develop.

And to think that this all started with a Google search, 'dementia in prisons'.

I am wondering what dementia support is received at Styal Prison.

Hi
I am looking to do a dissertation on the health inequalities of prisoners with dementia and I found your scheme really interesting. I am just initially identifying information but it would be good if you would be willing to share information about any reports that have you completed, the actual scheme that you have developed within the prisons or the publications that you have given to staff

Hi Glen, thanks for getting in touch.

Please send an email to Natasha who is working on the project: [email protected]

Best wishes and good luck with your dissertation.
--

Hello all
My name is Lauren Latham-Williams I am a clinical mental health therapist that trained in the UK but currently lives in West Virginia, USA. I work as the lead therapist at a medium security male prison. We are seeing a significant amount of inmates struggle with early onset dementia, lewey bodies and Alzheimer’s disease. I would love any information, support or procedural processes you guys have uncovered in working with this population so I can help America catch up with us. Thank you so much for the important work you all do. Lauren

Please do get in touch with Natasha who can help advise: [email protected]

Hi
I think it is brilliant what you are doing. I am a masters student studying forensic mental health, I have tailored my whole course to dementia in prison so anything I am asked to do I relate it to either the elderly in prison focusing on dementia, and found your information very helpful. I have just put in a proposal for my final project to investigate prisoner officers perceptions on aggressive behaviours that can very often be displayed from dementia patients, I find out this week if I will be allowed to interview prison officers on this topic. I also hope to do a PhD in this area when my masters is finished as I really believe it is a under researched area in the prison, please would I be able to dig your brains for advice on this closer the time?

Hi Patricia, Thanks for sharing this with us! Send any questions you have over to [email protected] Thanks.

I am in the process of doing a report for university on dementia within the prison population. once done would you be interested in reading it?

Hi Catherine, that sounds very interesting. You can contact the Project Support Officer at [email protected]

I have tried sending the report to the email address above but it keeps coming back undeliverable. Any advice on this would be appreciated

Hi Catherine, apologies for the typo there. It should be: [email protected]

Have re-sent , no worries easily done

Catherine, I would be interested in seeing that report also. Any chance I can be emailed a copy too? [email protected]

Hi Catherine,
I am putting together a proposal to do dementia training for people who work in the prison system to start and maybe dementia friends with inmate, volunteer, and families. I would be very interested in seeing your report. Would you consider emailing it to [email protected] ?
Respectfully,
Lise